Here's a few pics and a video from a recent Nightlight show featuring one of my favorite local acts, Lonnie Walker, and two others I hadn't seen yet, Free Electric State and Hammer No More the Fingers. I should have seen the headliner HNMTF much sooner, and unfortunately didn't get any good photos of them this night. But they go balls-to-the-wall for a trio, have a fun sensibility not unlike Weezer, and can get downright funky at times. They've got one foot firmly planted in the old school of indie, but with an emphatic bass and a sometimes somewhat complex interplay between bass & guitar. It's not surprising they've worked with producer J. Robbins (ex-Jawbox, etc.).

Lonnie Walker opened. I've seen them a few times, and you should too. Brian Corum's country-ish twang and manic tales of heartbreak and the road take your brain places, and get your body jumping (as evidenced by the dancing fans in the video and pics below). For all the bands around here with that rootsy, "Americana"-thingy going, they take it where no one else does, IMHO standing head and shoulders above the rest. They remind me of some of the bands on Athens' Ghostmeat Records back in the 90s (Tony Tidwell, Drive By Truckers, The Lures, and Dave Dondero... or really more like his old bands Sunbrain or Flatwheelers before he went solo). Very much kindred spirits with that bunch, anyway.

Meanwhile, relative newcomers Free Electric State filled out the middle of the night with a thunderous, sorta "math rock"-y, BIG sound. They follow the indie old school, too. Dual staccato guitars, stop-starts, unexpected turns, high energy... all that with the male-female vocals kinda reminded me of Versus live. Their songs often build to pleasant, mind-numbing drones that almost (but not quite) hide the many layers used to generate them. All in all a very cathartic live show, and I'd guess as much for them every time they play as for the audience. 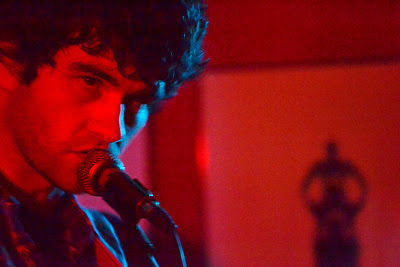 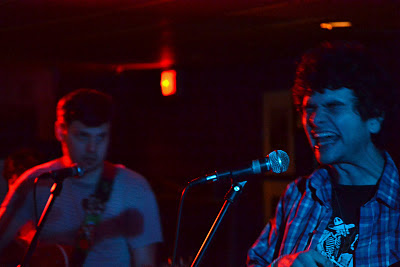 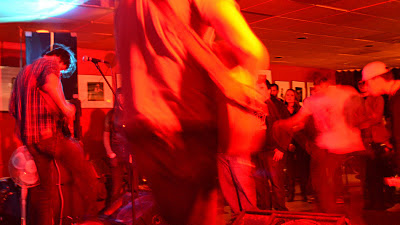 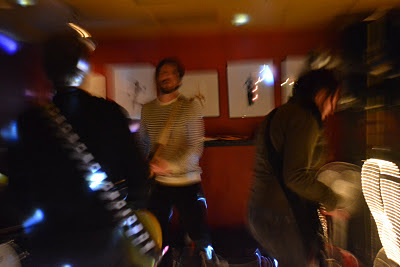 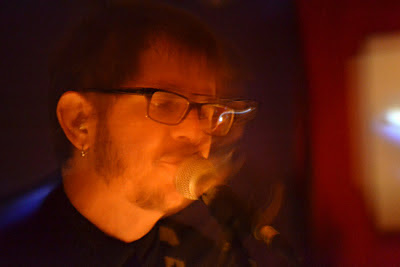 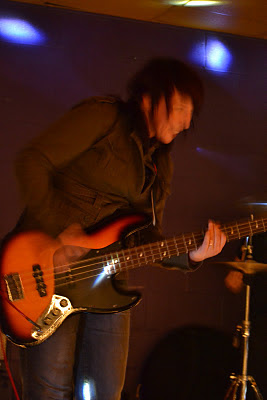 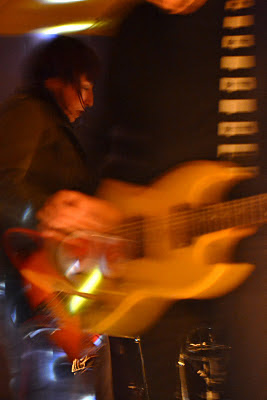 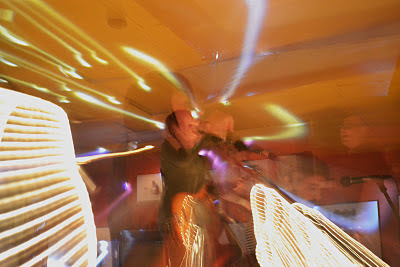 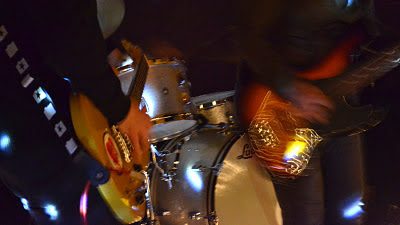 Lonnie Walker doing "Summertime"... sorry the vid's a bit dark; the original wasn't before it was dumped to YouTube.

Local Beer Local Band night at Raleigh's Tir Na Nog has always been a great Raleigh music institution, but it's picked up since their old booking agent returned from a stint at Durham's Motorco. Thursday Oct 20th's show was a major case in point: T0W3RS, Wesley Wolfe, and Spider Bags. Any of these bands could headline locally, and all three were great, so nothing against the latter two at all. Wesley Wolfe played smart, jumpy indie-pop-punk reminiscent of Ted Leo. Clarion-clear vocals mixed with spiky guitars and lyrics that were at once painfully sincere and out of left field ("there's a black hole behind my face"). Spider Bags rawked out in the psychobilly kinda way that early Dash Rip Rock did, which is a high complement from me.

But I'm going to talk mostly about Carrboro's T0W3RS, and because of this: it's rare that a jaded, grizzled, indie vet like myself walks away from the stage with grin on my face.

T0W3RS had me smiling a mile wide.

T0W3RS is fun. I mean, unabashed, infectious FUN. They're obviously having it, it shows in the music and demeanor, and it draws you in. T0W3RS is different. For all the great music around here, a lot of the bands are doing things that are similar -- rootsy, "Americana", etc. But T0W3RS doesn't really sound like anything else (despite what you're about to read below). T0W3RS is everything that makes me like music in the first place, and it amazes me, once in a very long while, that I can still get that feeling about a new act.

As for the sound and what I said above, I loathe the typical "Band X meets Band Y" description of a band's sound. It's pat, lazy, and not always accurate. In a quote attributed to everyone from Thelonius Monk to Martin Mull, "writing about music is like dancing about architecture". But we part-time music critics have to start somewhere. And my expectations going to see T0W3RS were of some strange meld between Animal Collective and country twang, based mainly on hearing 2 very different songs by them online: "OUR5" (the Animal Collective-style one) and "Summertime" (a Lonnie Walker cover, and therefore, the twang).

After seeing them, however, I can't say that they aren't, in fact, the love-child of George Jones and Animal Collective.

But what those two songs, and the entire show, should have told me, was that this was a diverse band doing something unique. Live, at least, the core is the (sometimes yes, rather twangy) guitar and vocals of frontman Derek Torres (also of Soft Company). But a very heavy rhythm section, keys -- both of the electronic and toy kind -- various other assorted insruments, and dual female vocals, all add to a melange that makes them, at the closest, some distant grand-nephew Mr. Jones.

Listening to "Summertime" again right now, I hear all of these things coming in to make that song very diffrent from the original, and totally their own. And that's what they do live, with their own music. All of these ramshackle parts come together to make something totally unique and totally fun.

So go see T0W3RS the next chance you get... I think they play Dec. 10 at the Cave. I guarantee you will have fun. Below are some photos of T0W3RS, and 3 of Spider Bags (sorry I didn't get any good ones of WW), and a video of the song "Big Sky" from T0W3RS. Sorry for the poor sound quality. I have to figure out how to capture better sound on what to go with the HD my camera takes. Either that, or learn to not stand so close to the monitors. Anyway, I hope I captured the feel of their show. 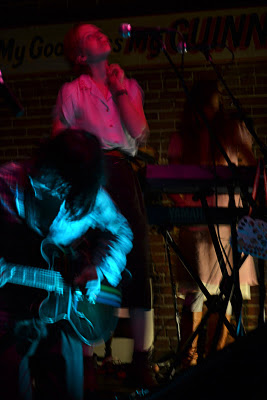 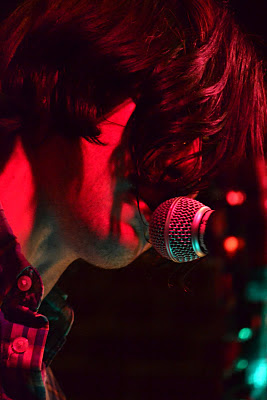 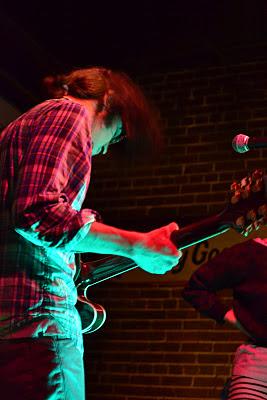 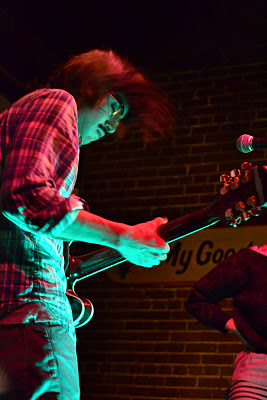 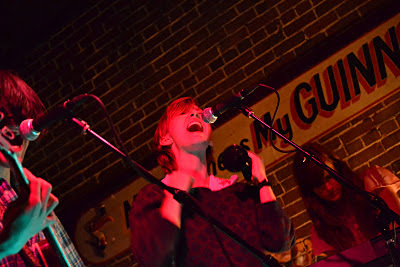 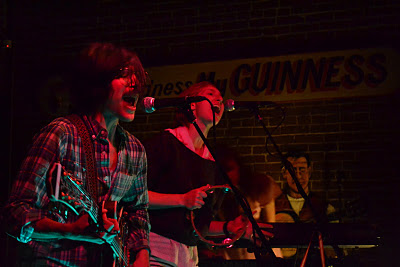 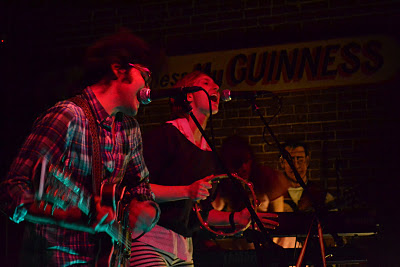 And a few of Spider Bags... 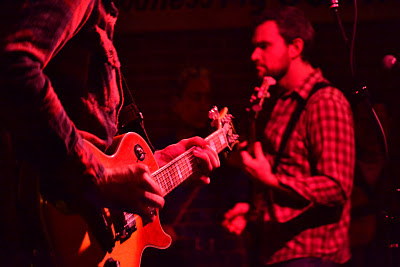 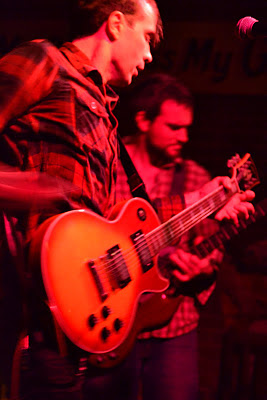 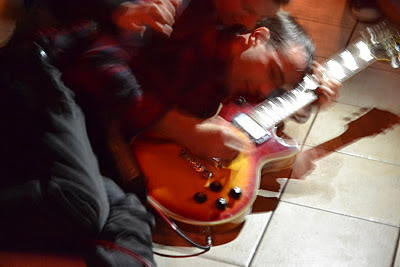 Haven't posted here in awhile, but I've been to a few good shows, so here's a sampling via a few of the better photos and a video. A more extensive review and photos/video of the recent T0W3RS/Wesley Wolfe/Spider Bags Local Band Local Beer night at Tir Na Nog is to come, because I wanted to devote more space to T0W3RS, who were realy impressive. 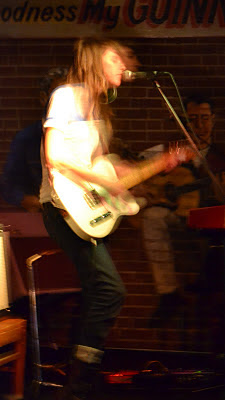 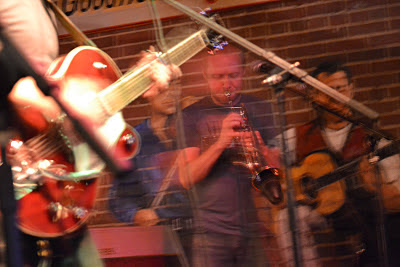 Lake Isle, whom Miss Thangs opened for. Not great, but the use of trumpet gave them a unique edge. 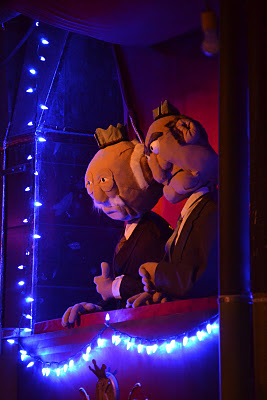 These guys were watching a show at Kings Barcade back in August; but then they always do. 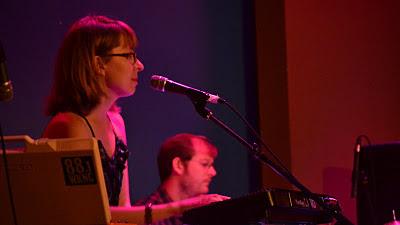 The show featured Cassis Orange, who had a clean, 80s-influenced synth feel (see video below)... 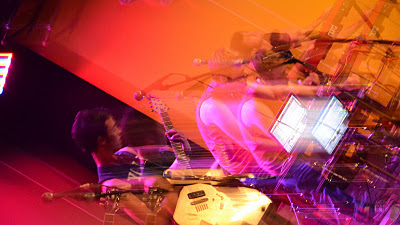 ...and Oulipo, who were supposed to sound like Animal Collective (and do somewhat, studio-wise), but were much more straight-ahead-rock-and-roll live. 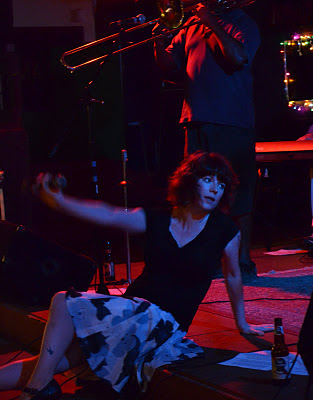 New Town Drunks, at Nightlight 9/7/11. They're a great, fun bar band with quirky, unexpected twists and turns, and strong vocals from singer Diane Koistinen (ex-DeSchmog! Okay, probably nobody but me and Jolee Holland remember them). 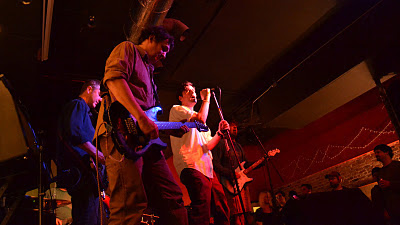 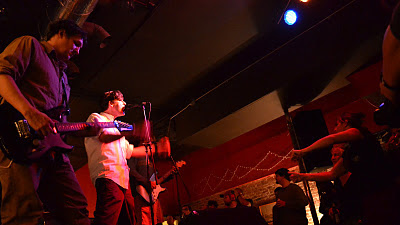 Zen Frisbee playing one of a couple of recent gigs, here, at the Pinhook 9/17/11. They were apparently one of the local indie-punk legends back in the day, before my Triangle time. I could hear that -- they definitely had "it" -- but I felt like I was missing something (probably because I wasn't there). 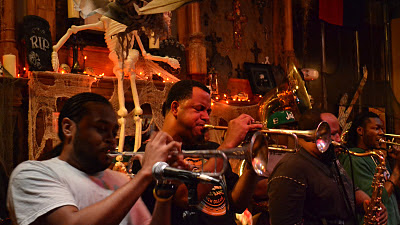 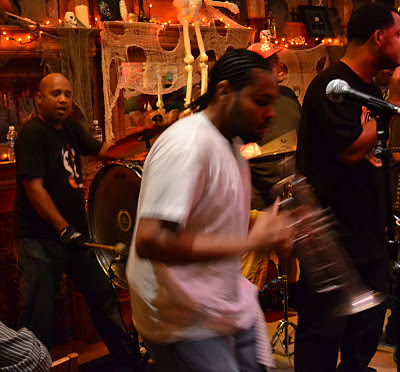 Not really "local" except to my old NOLA haunts... Soul Rebels Brass Band returned to Papa Mojo's to bring some real funked up jazz to the Triangle (10/7/11). Always a blast, their regular gig is at Les Bons Temps in New Orleans. That used to be my grandpa and great uncles' corner bar!