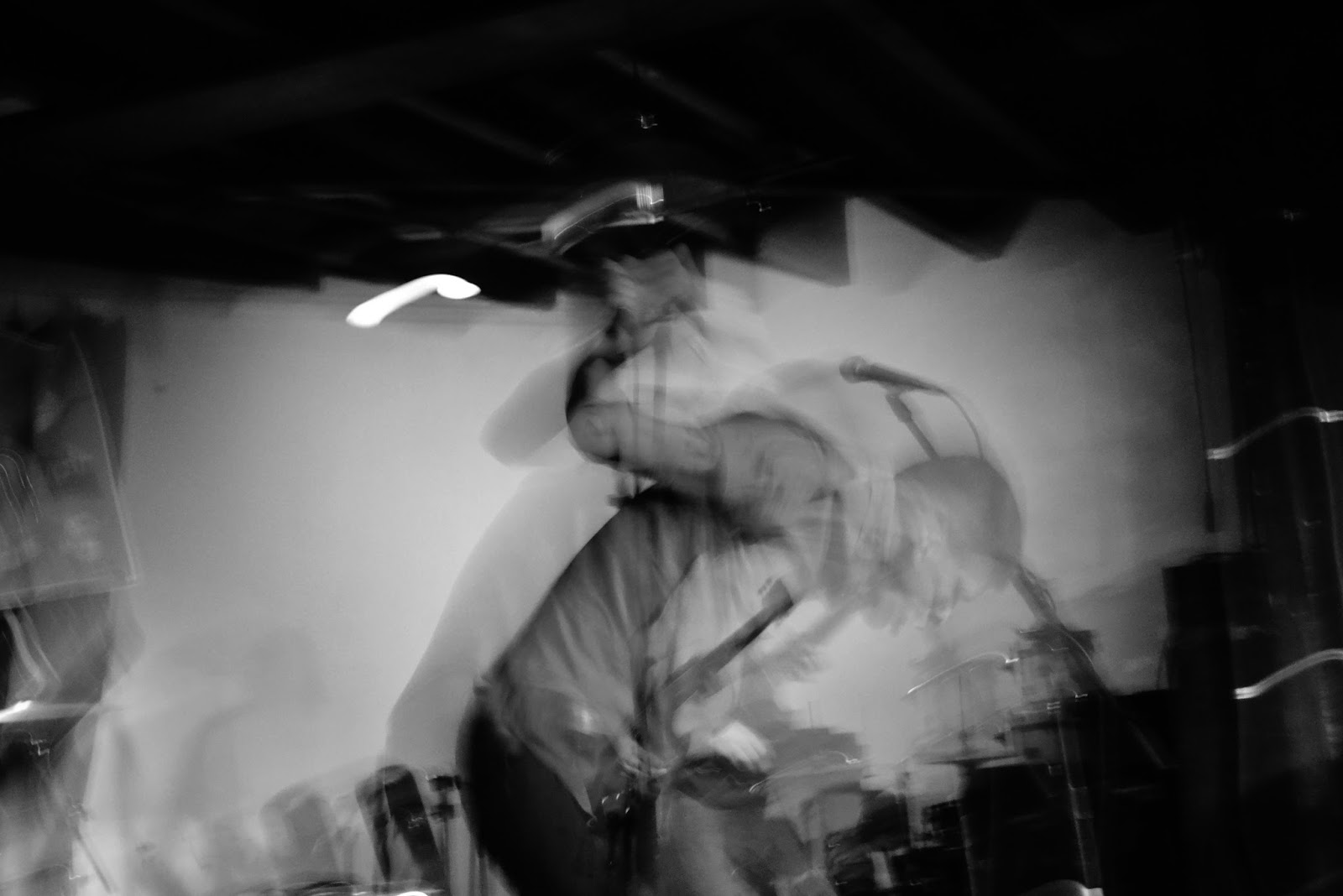 This post is long overdue (Do I ever post anything lately without mentioning how busy I've been?  Answer:  No.)  Anyway, I still want to give my propers to Winston-Salem's excellent festival, Phuzz Phest, which happened about a month ago.  Phuzz Phest is run by Philip Pledger and Drew Bladen, members of the Winston-Salem band Estrangers (translation for hipsters: "is curated by").  This was my first time attending, and only for the Friday night shows.  But if that night was indicative, I'd say Phuzz Phest is sort of a scaled-down version of Raleigh's Hopscotch; equal in both quality and style, but with fewer venues.

Phuzz Phest also has you popping around town, mostly to venues within walking distance, and trying to choose between overlapping good shows.  It's held in various clubs, coffee shops, record stores, etc.  Given the nature of this type of fest, your experience is contingent upon how you plan and which shows you are actually able to make.  Whether there are 5 venues or 15 and a big stage, you can still only go to one show at a time.  In this case, my Phuzz Phest experience was every bit as entertaining as a typical night at Hopscotch.

I spent most of the night at Krankie's Coffee, which had a pretty good slate lined up.  It started with the above-mentioned local heroes, Estrangers.  They're a favorite of mine, but I hadn't seen them in a while.  I heard a lot of newer material, maybe with a harder edge moving away a little from the phuzz-y, beach-y flavor of their recent release, Season of 1000 Colors.  But it was just as fun. 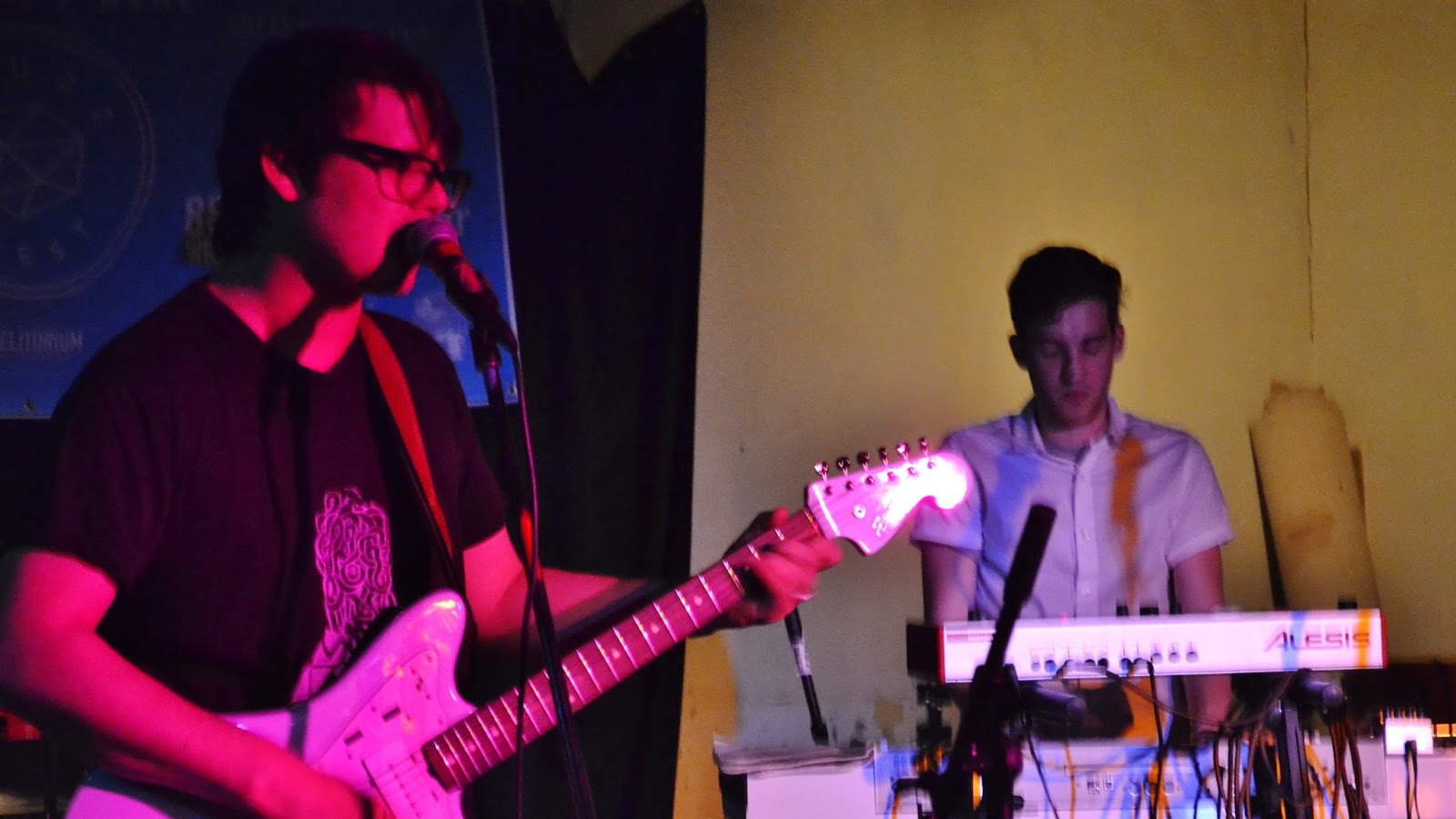 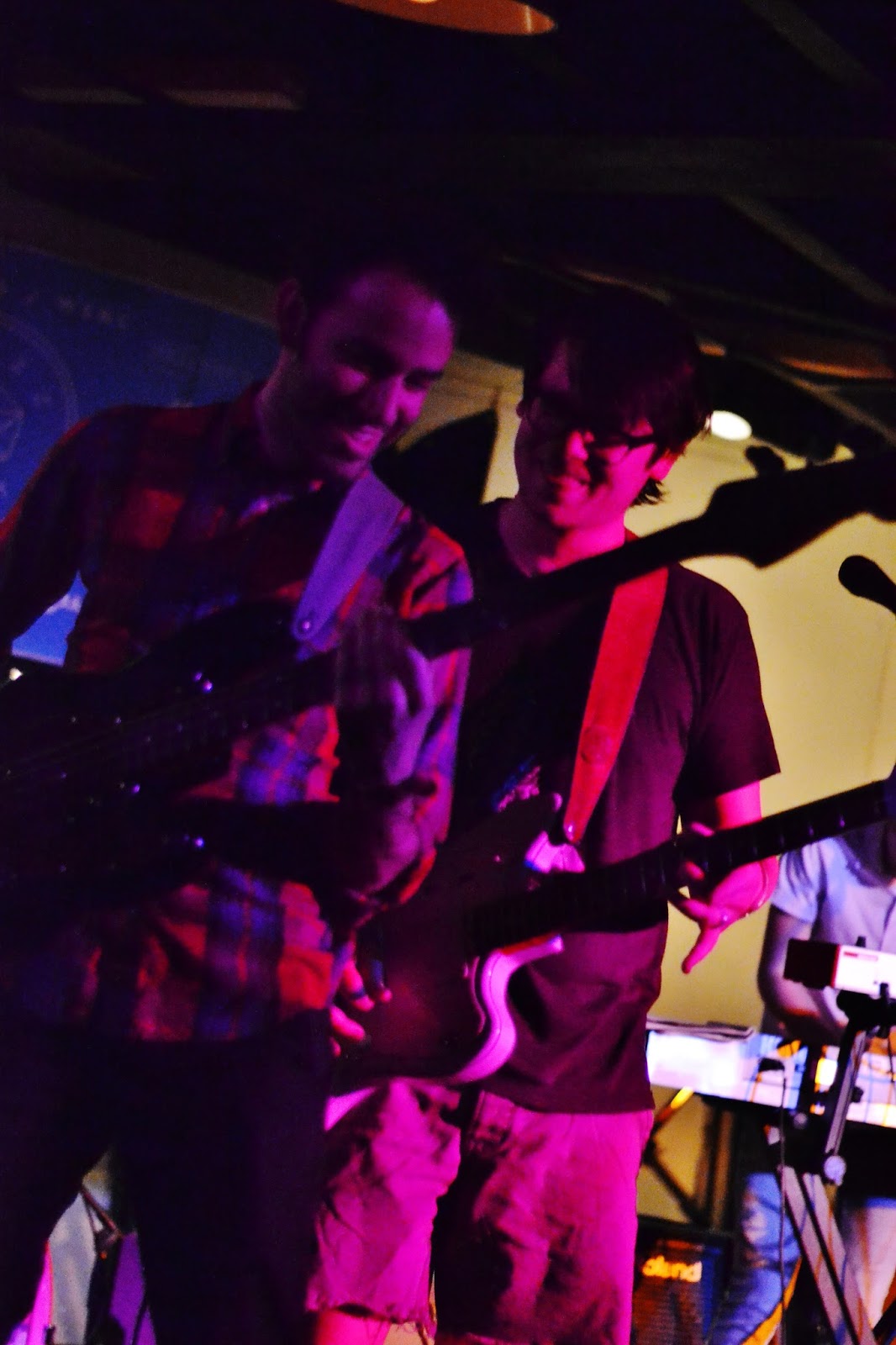 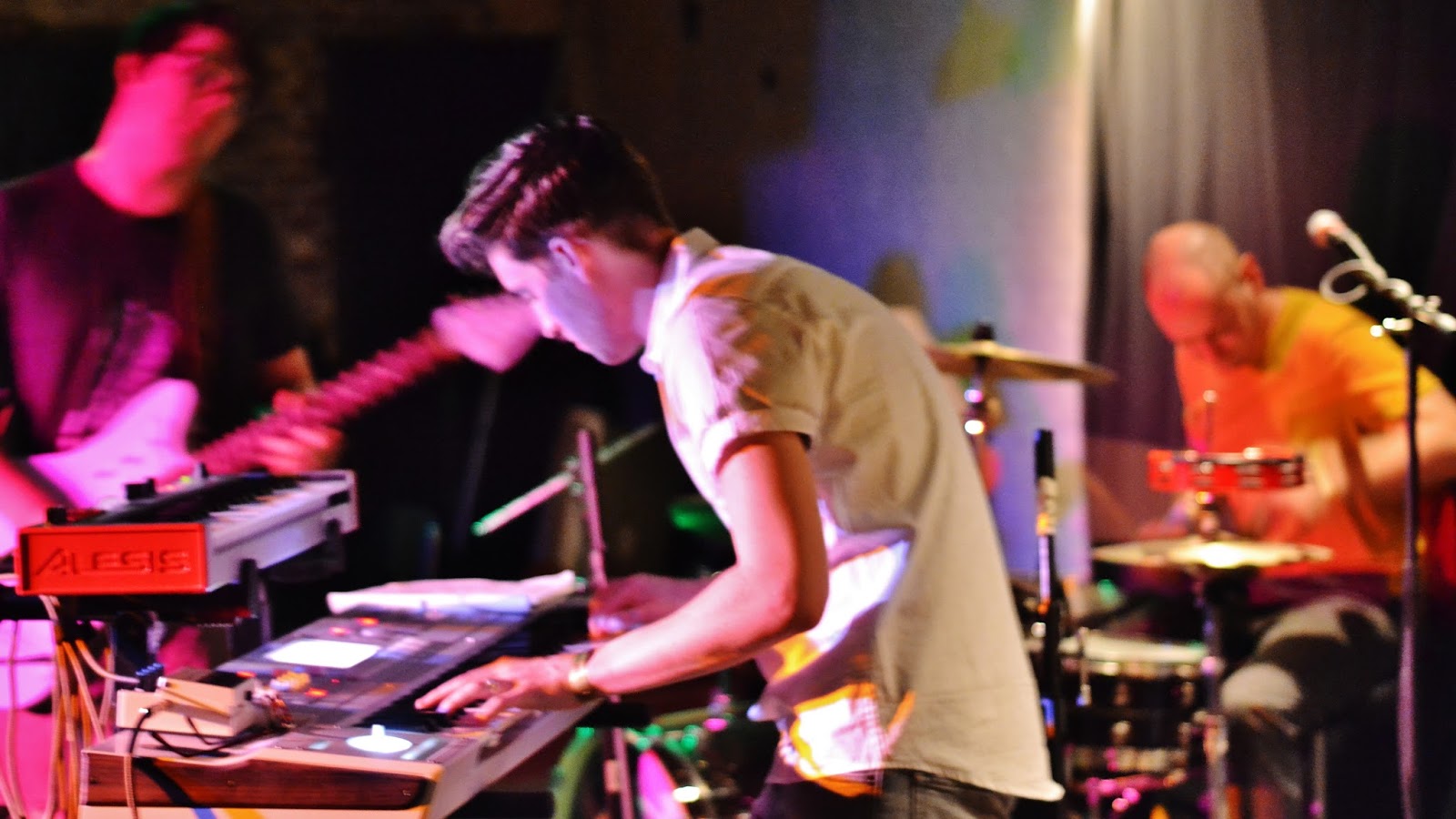 The Tills, from Asheville, followed. They were sort of a mix of Beach Boys and Beatles influences, which you surprisingly don't hear more of.  Oh, maybe if Brian Wilson convinced Paul & John to move into a SoCal garage somewhere, stripped it down a bit, and brought in the Troggs' lead singer to occasionally sit in.  The Tills will also be playing Hopscotch this year, definitely on my to-do list. 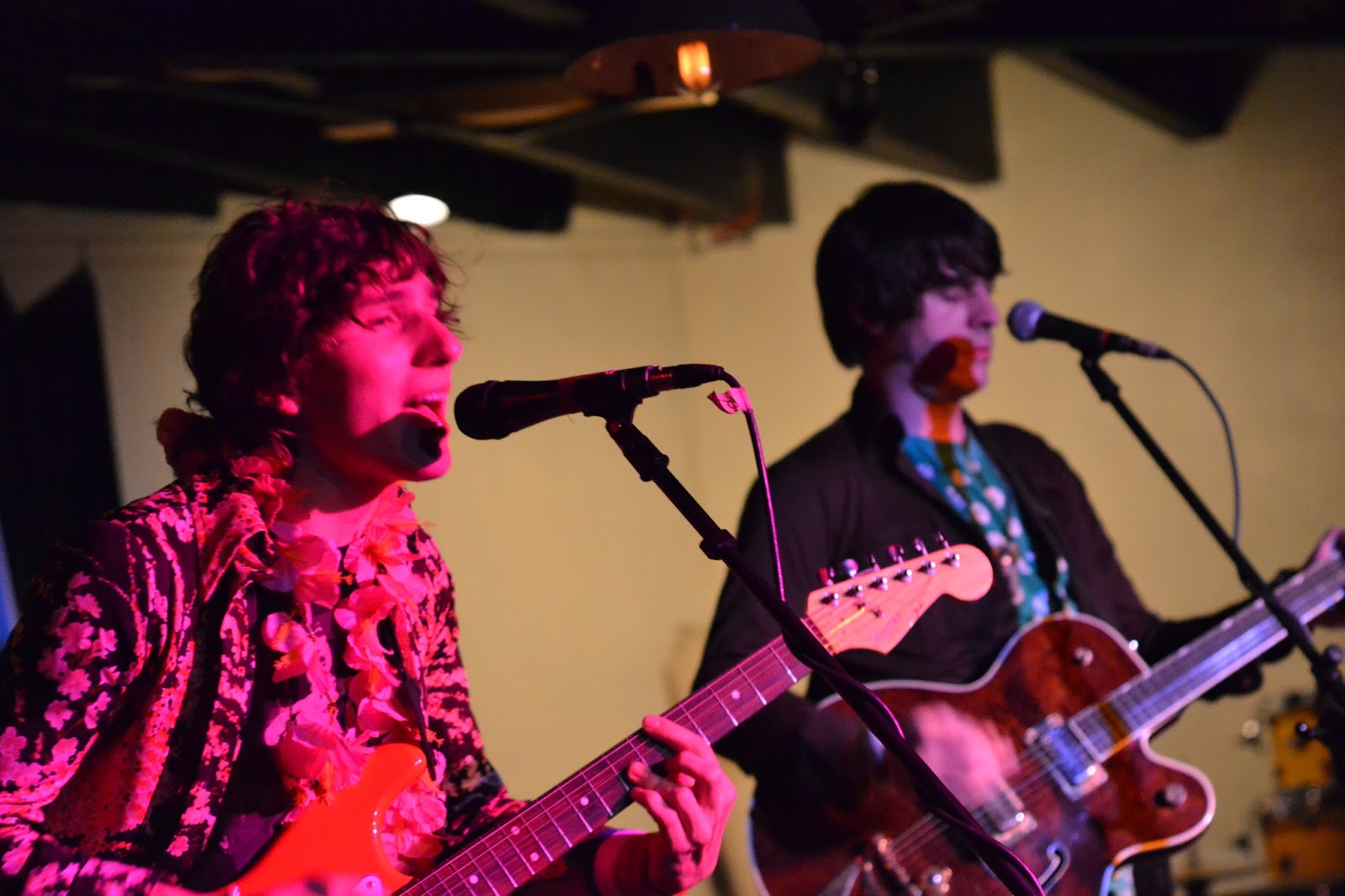 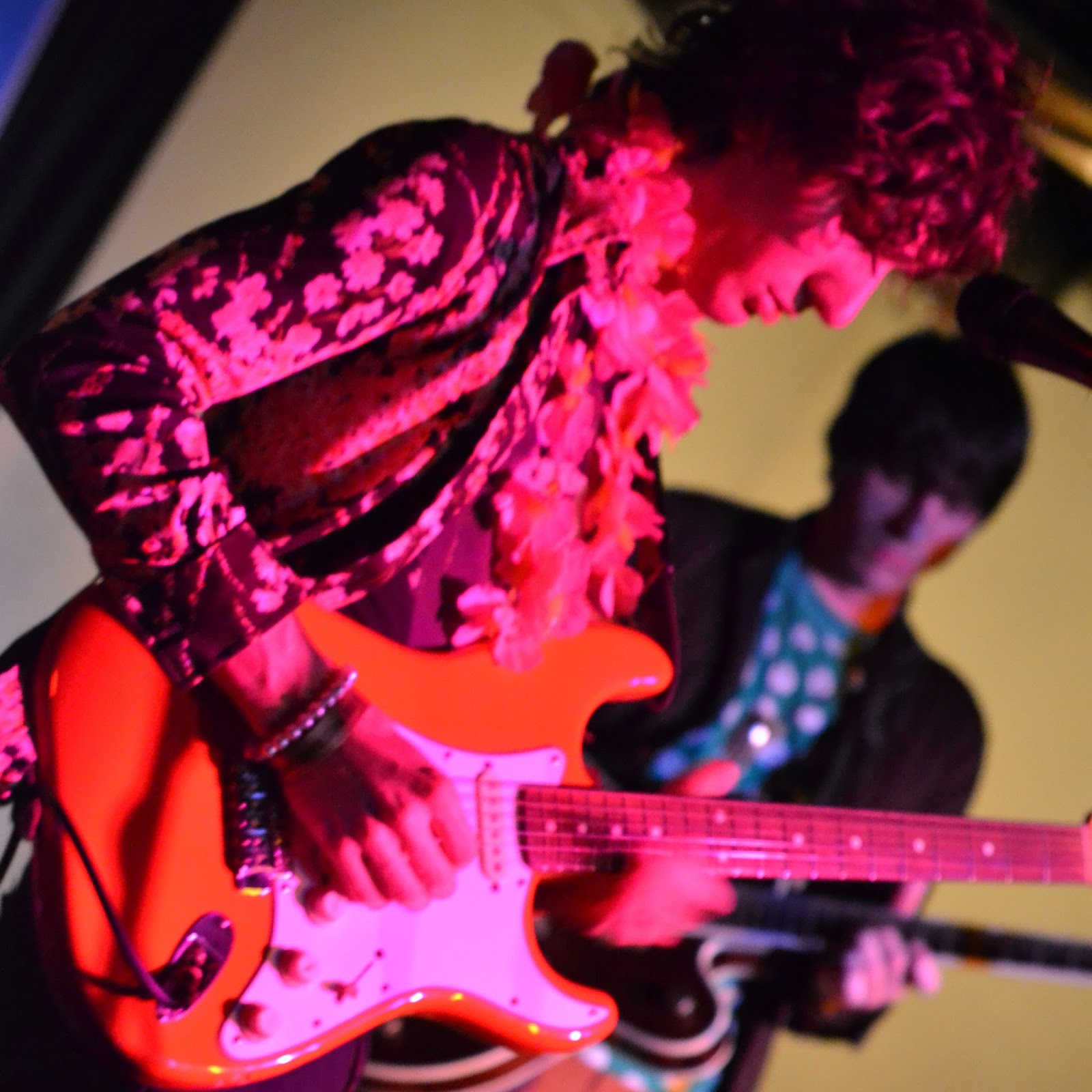 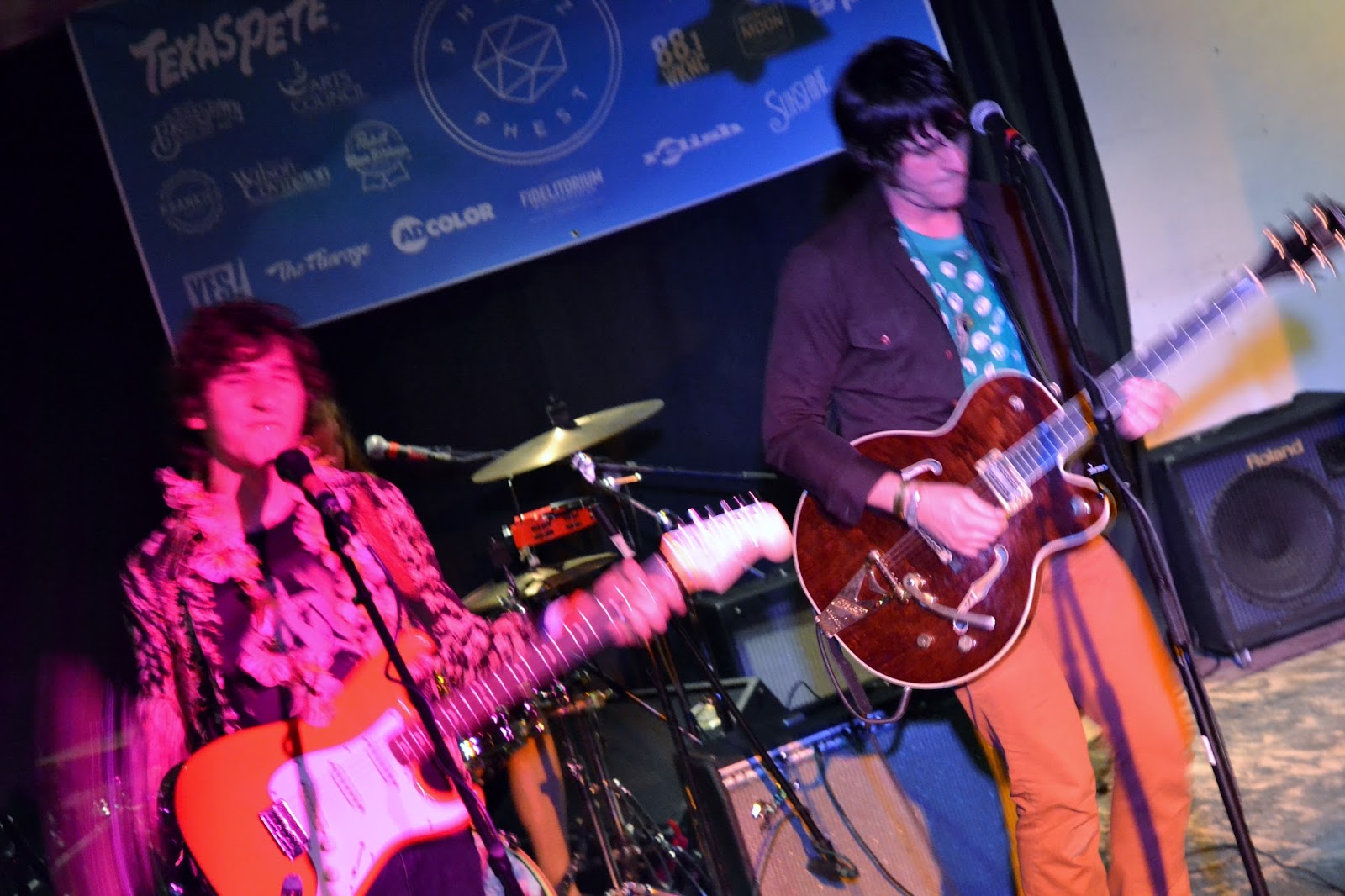 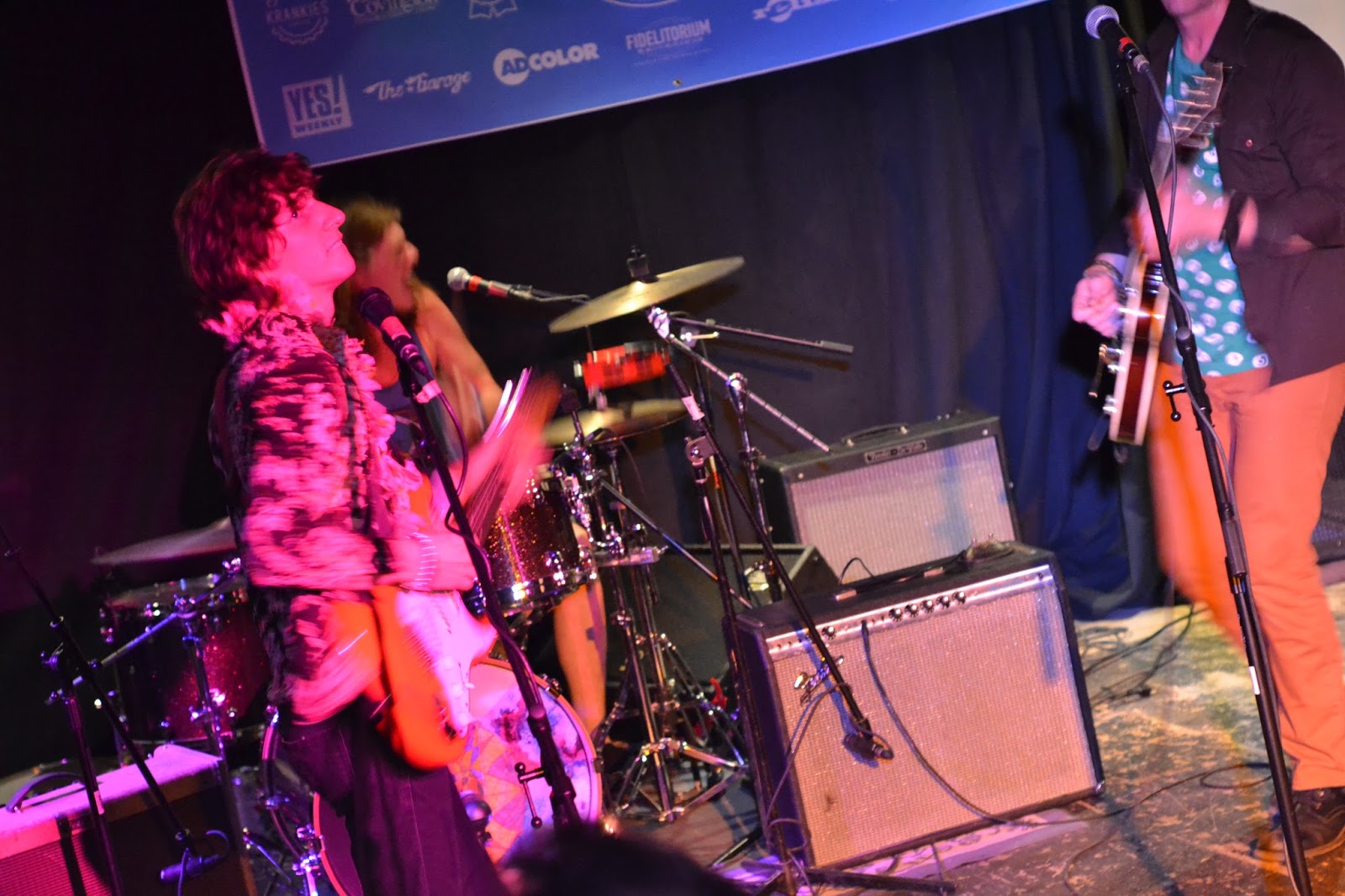 Memphis' Ex-Cult followed, and I gotta say, they rocked my world. It's like I was watching the Tills in their garage, a wormhole opened up, and I walked though to the "other" garage.  They rocked extremely hard, but they were still garage-y and poppy.  I'd compare them favorably to locals Flesh Wounds (the singer is even a bit of a lookalike with that band's Montgomery Morris), but Ex-Cult is heavier and less garage-ier. 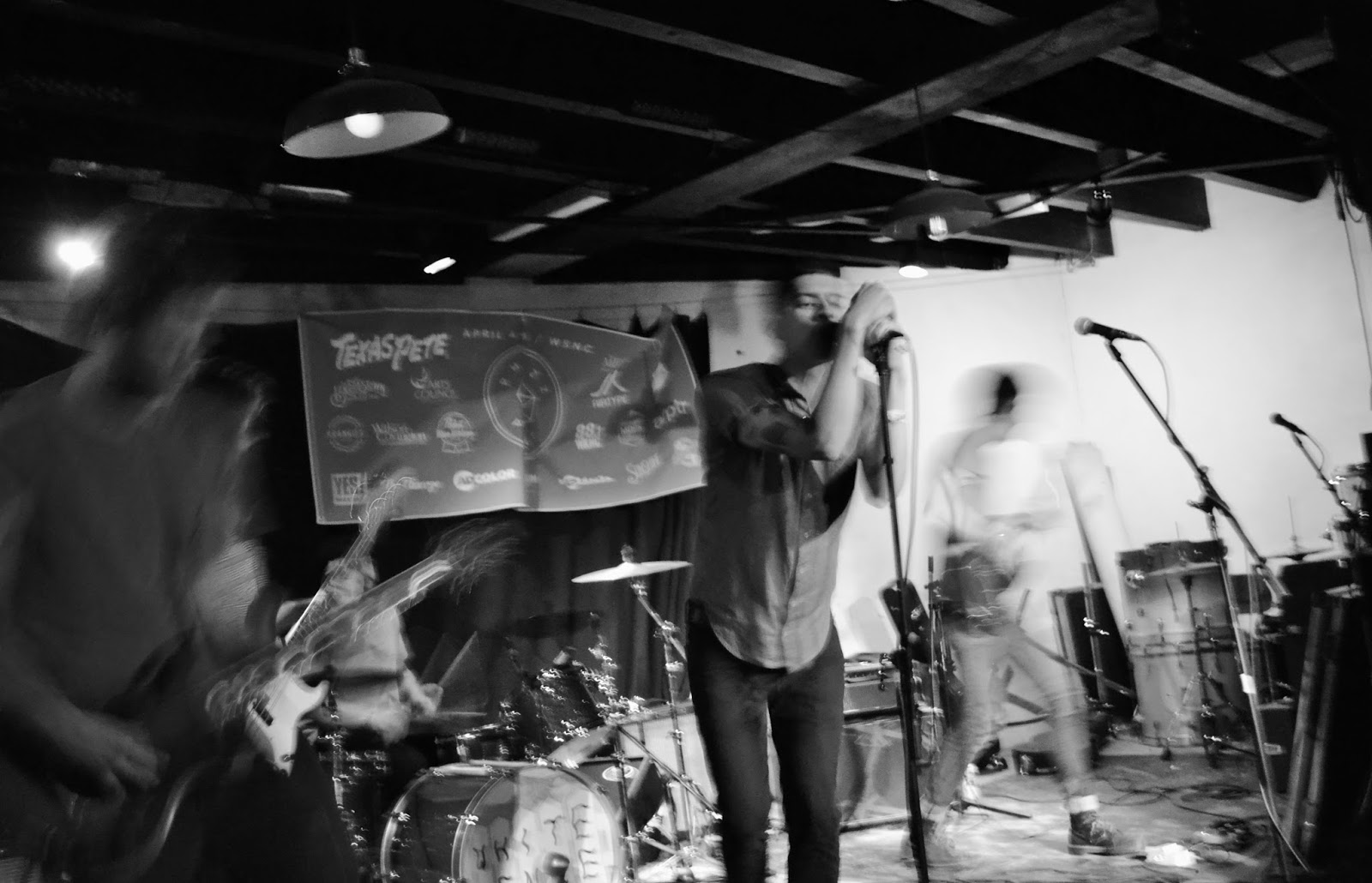 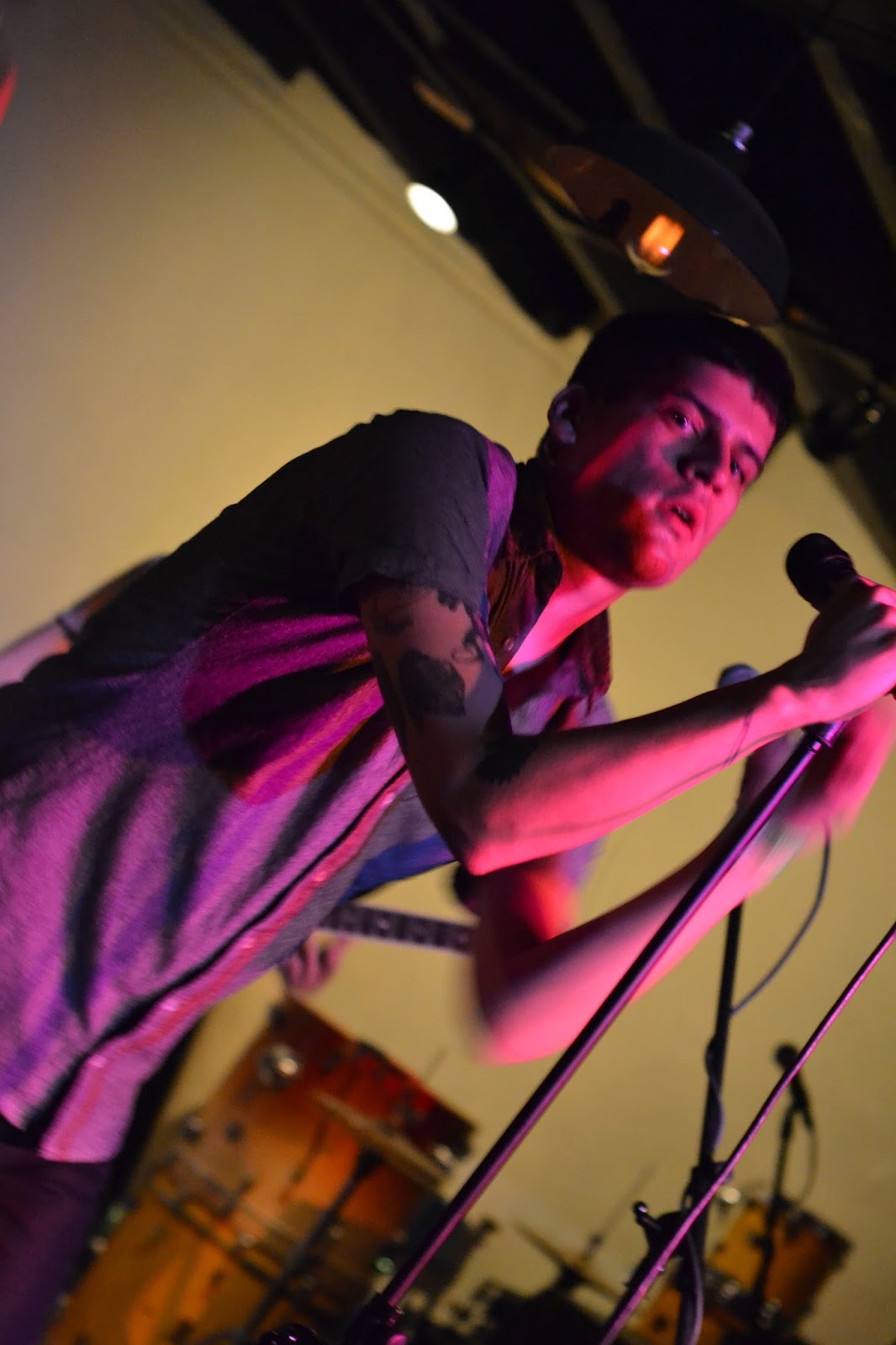 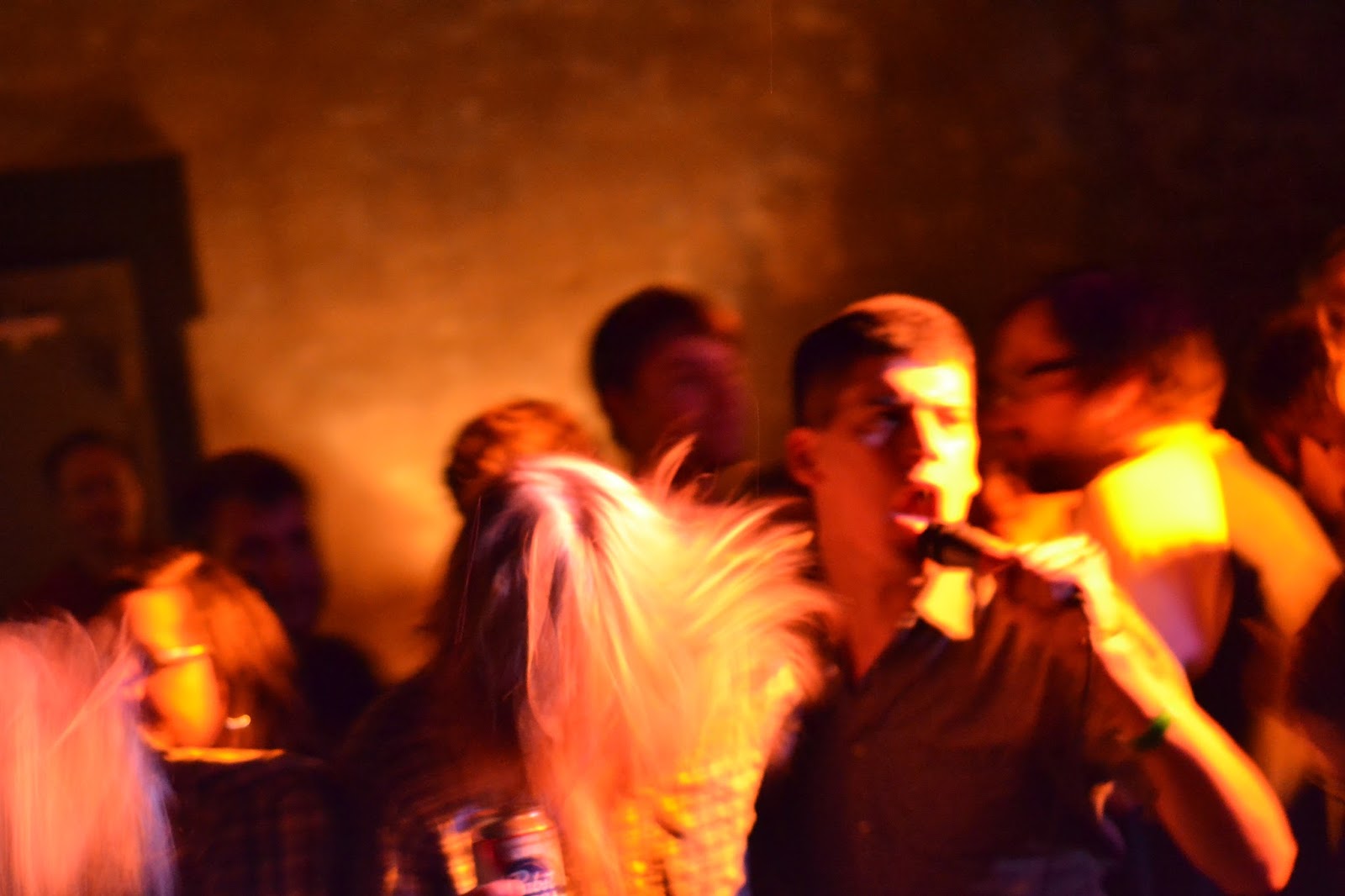 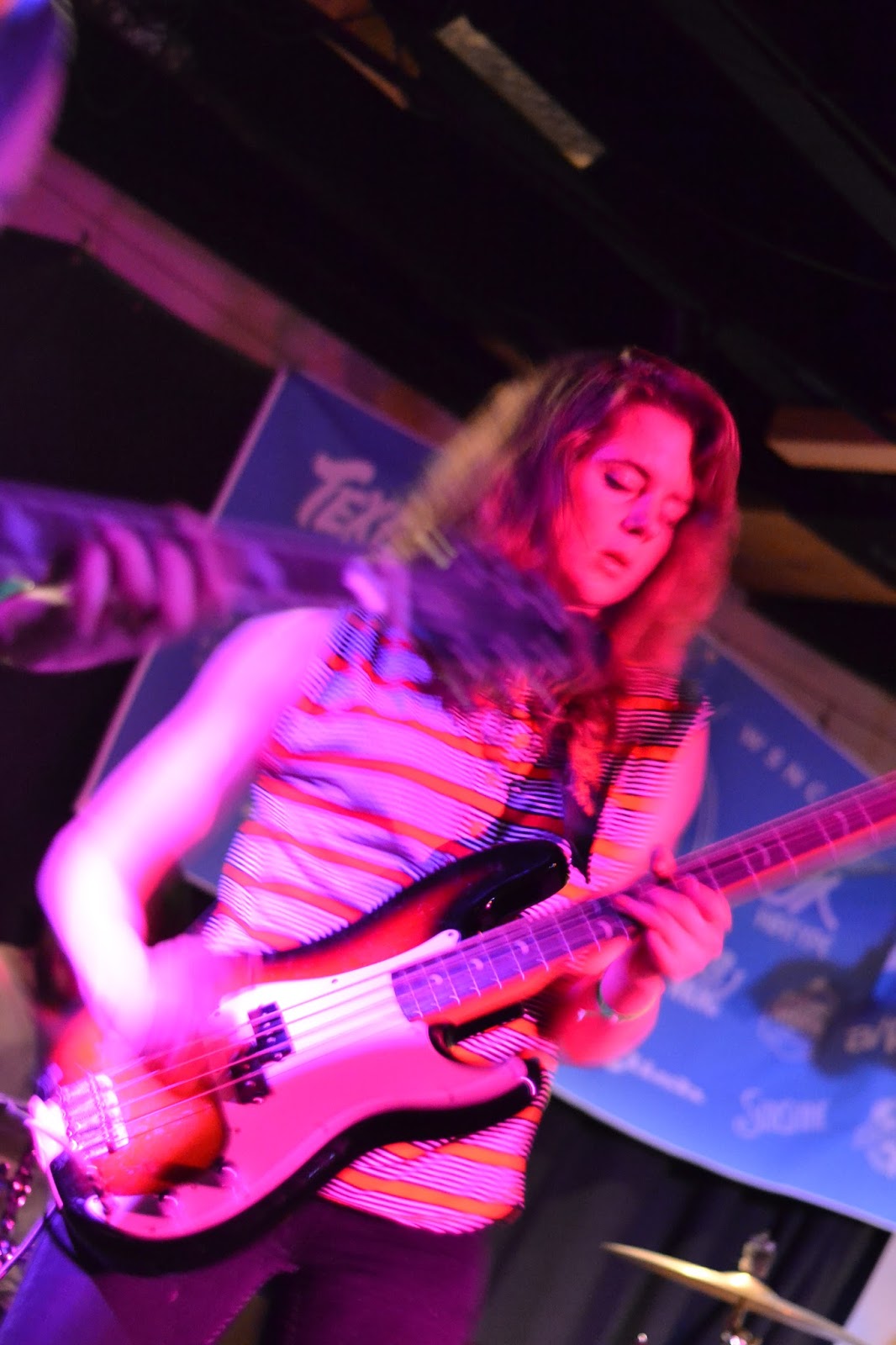 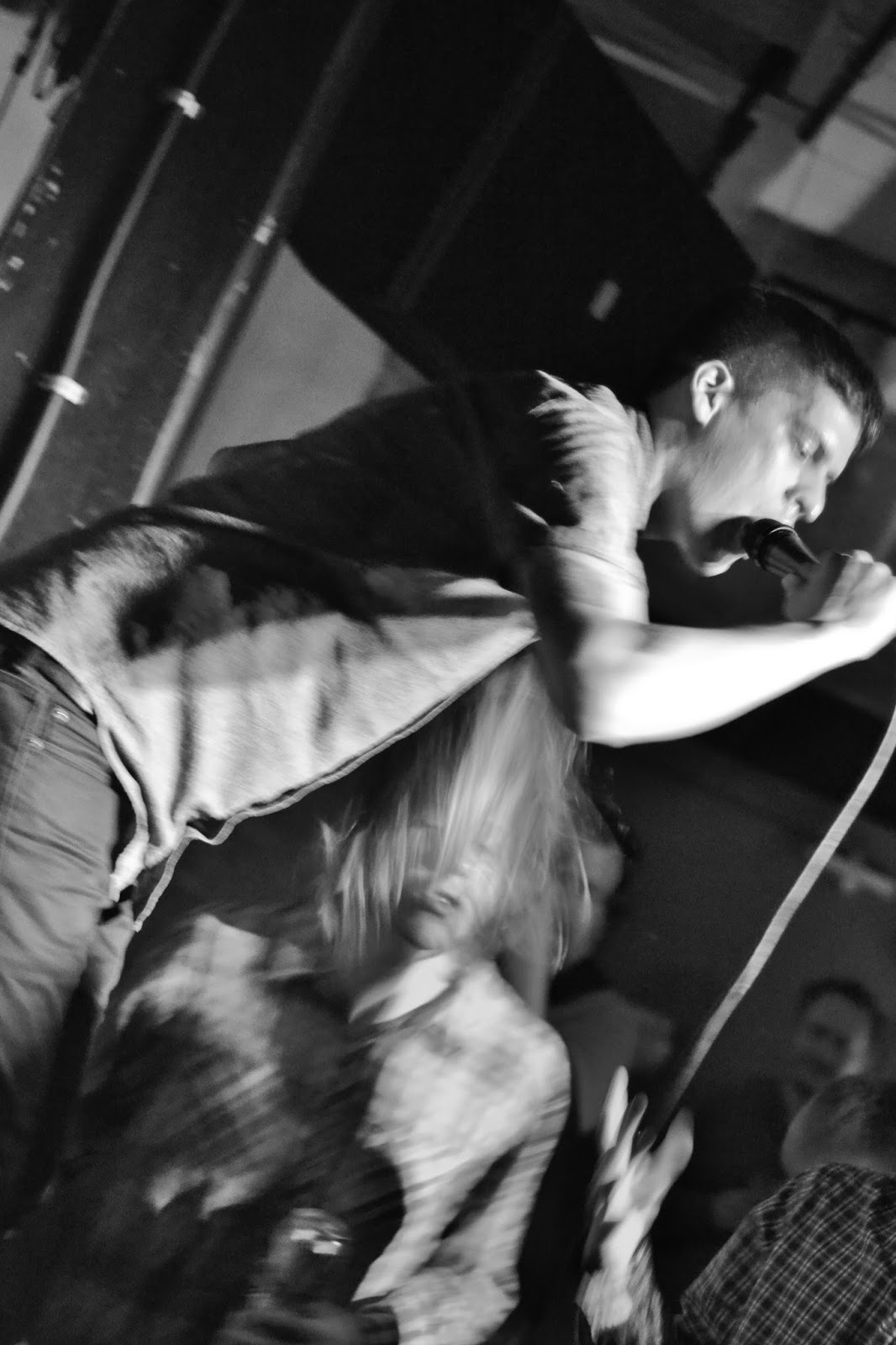 Then the garage moved back across the pond, with the more Brit pop influences of White Fence, a project of Tim Presley, who has worked extensively with Ty Segall (Segall produced his latest album).  A little more experimental, a little more electronic, bowing of the guitar (see below), interesting. 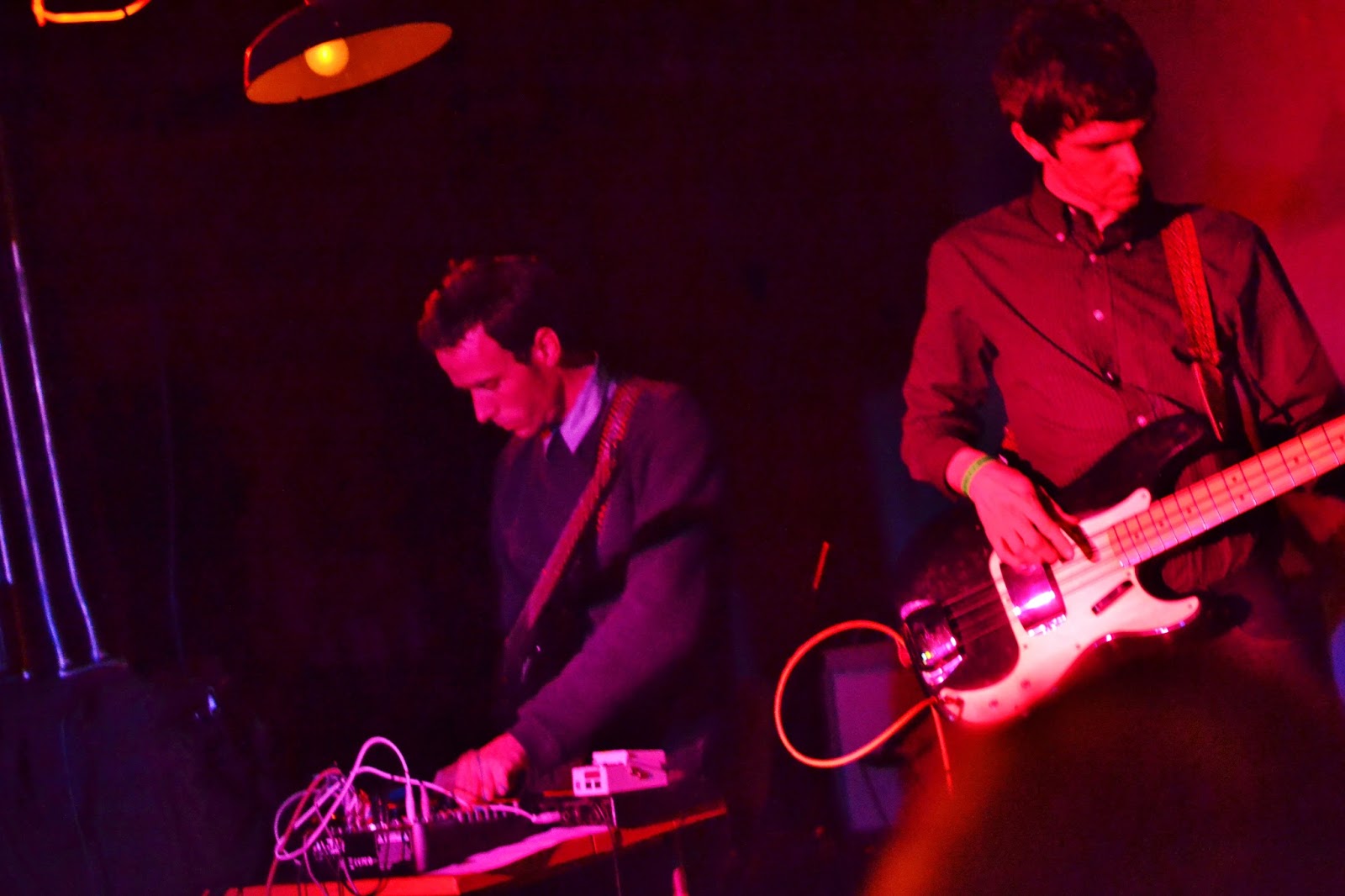 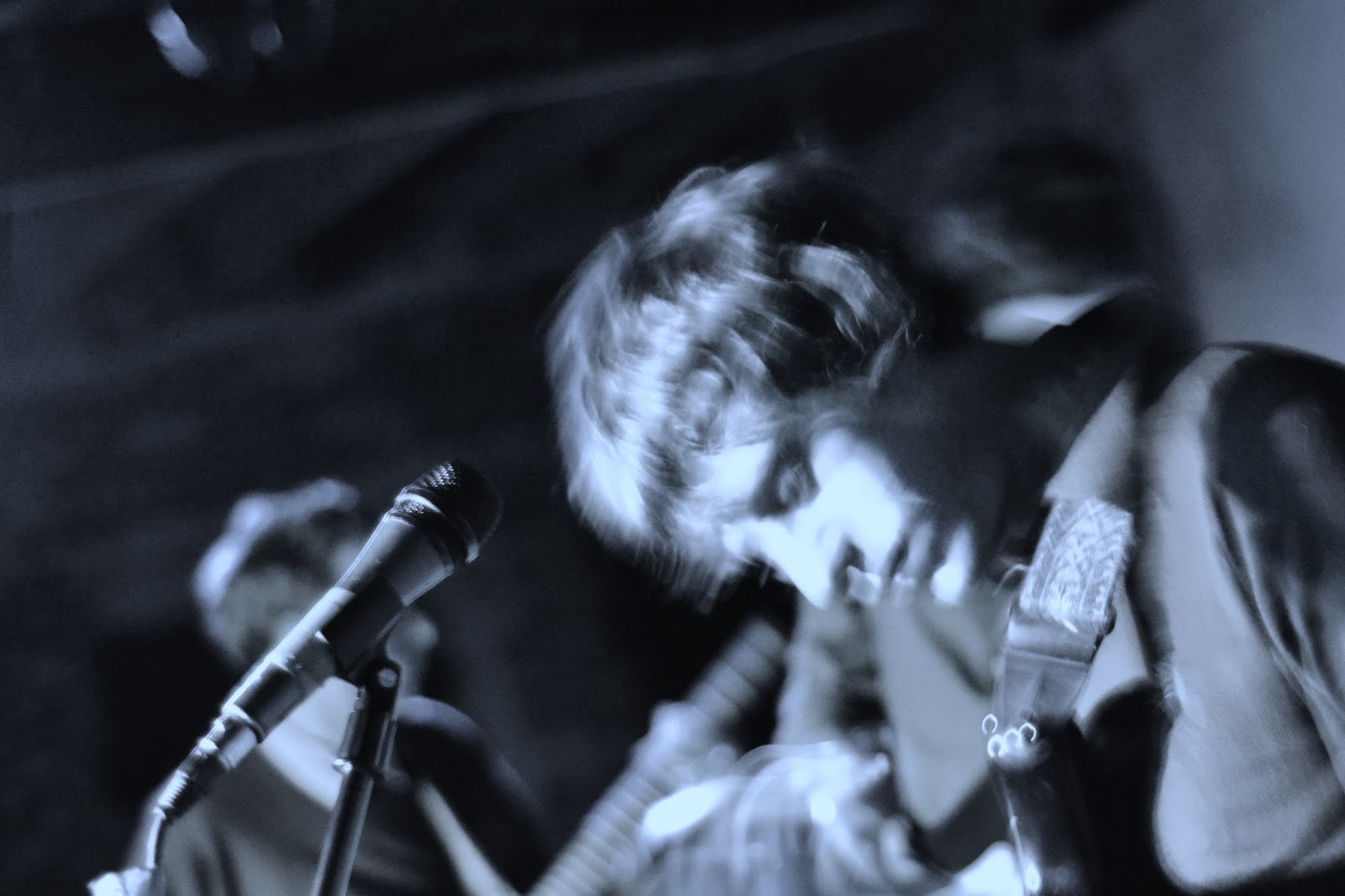 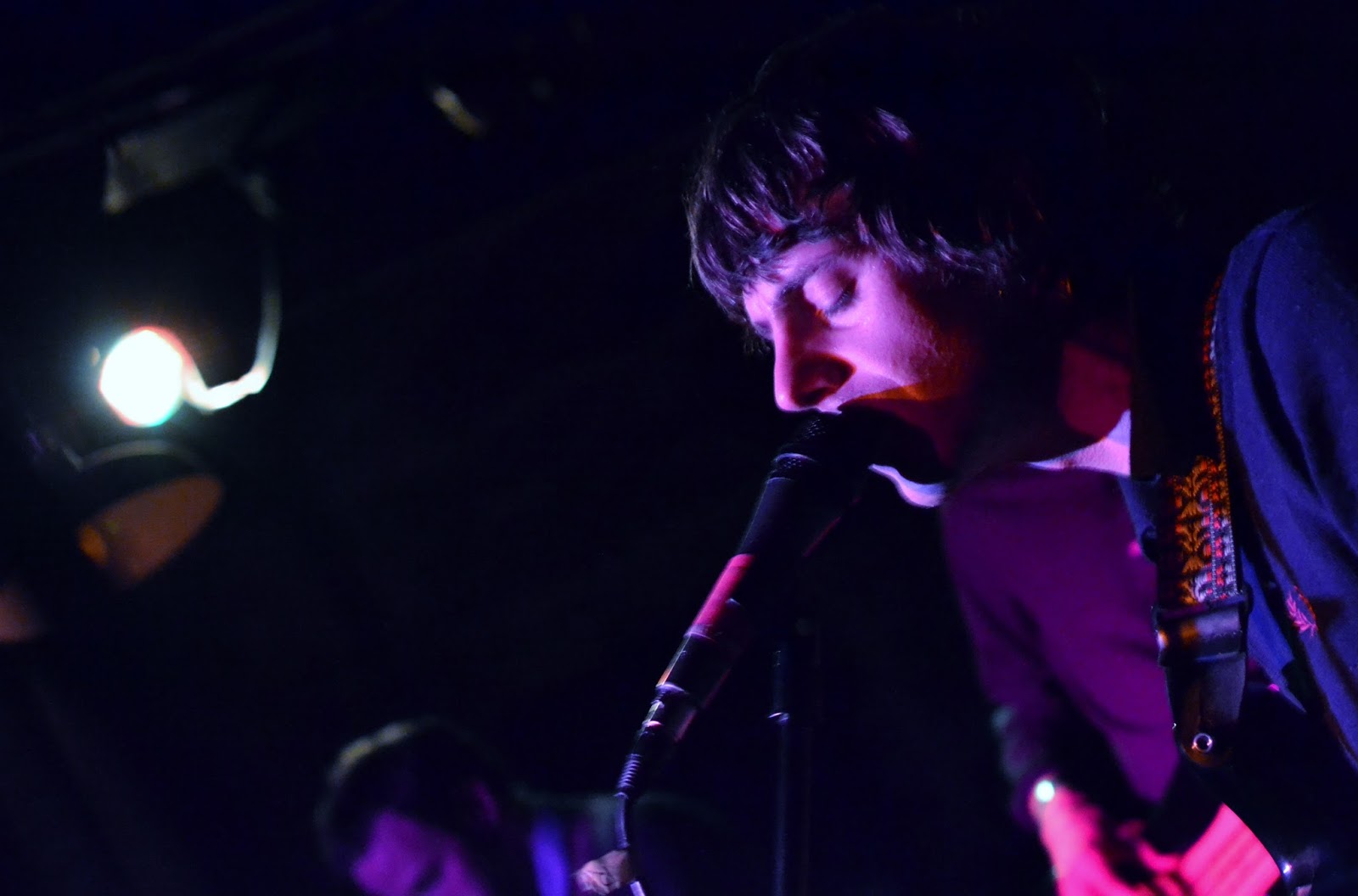 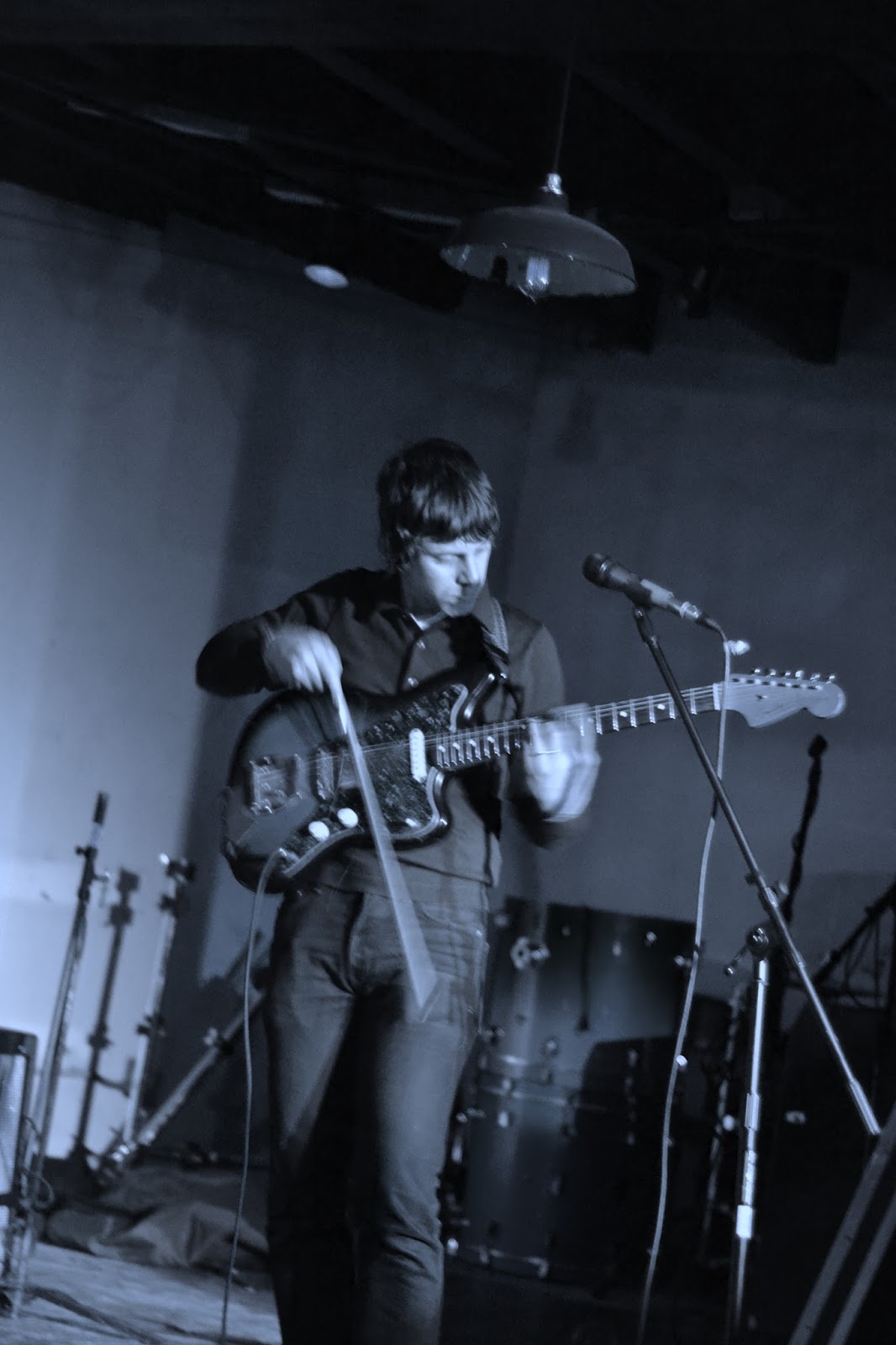 All that was at Krankie's.  I finally moved on over to the Garage to catch a bit of local Merge faves Mount Moriah.  I had (criminally) only seen them once before, and recently, at WKNC's Double Barrel Benefit 11.  That was on the big stage of the Lincoln Theater, but the Garage's more intimate environs only intensified what is already a deeply intense vibe.  I wished I had shown up early enough to see the whole show (again; a festival of choices). 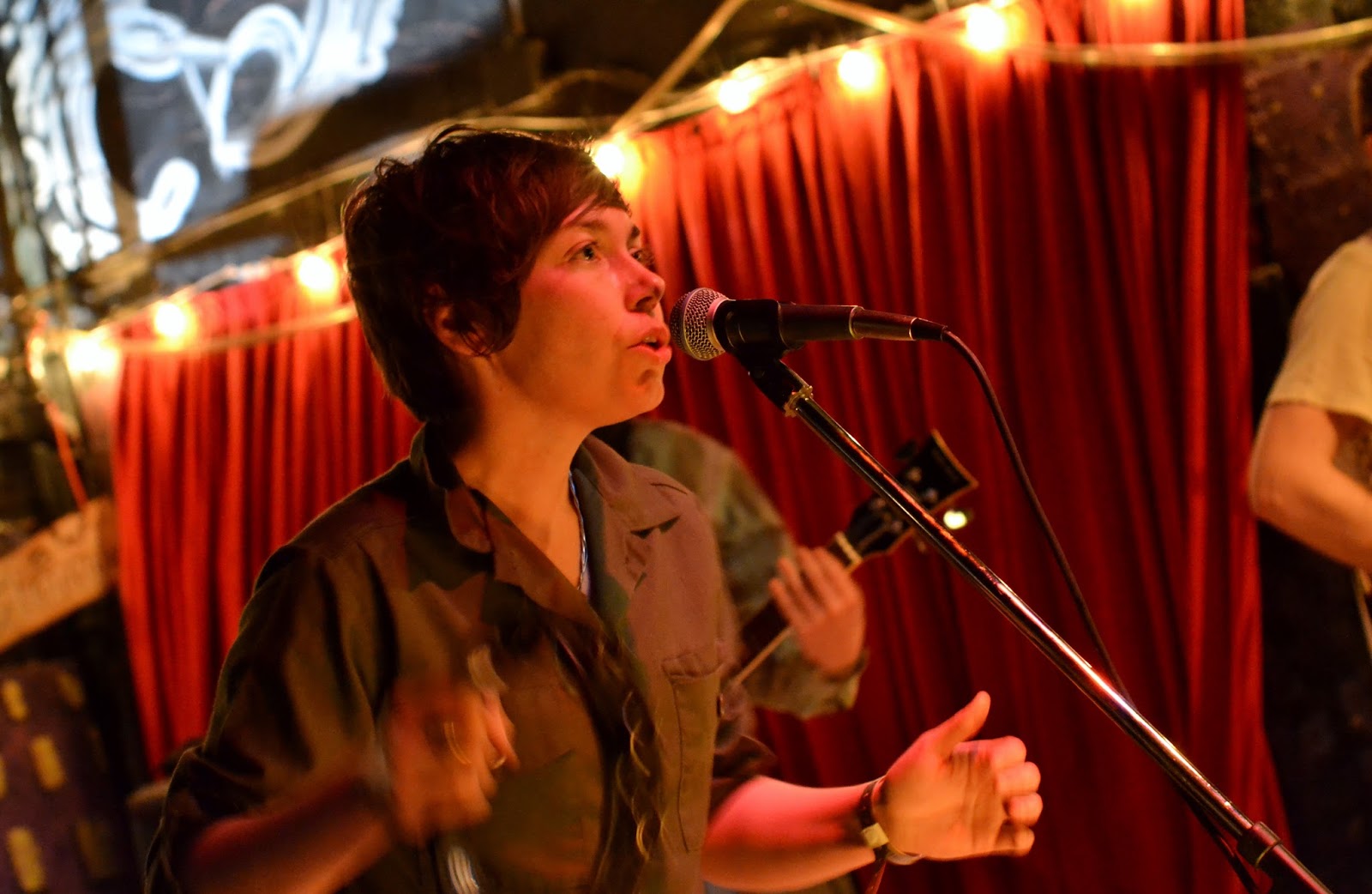 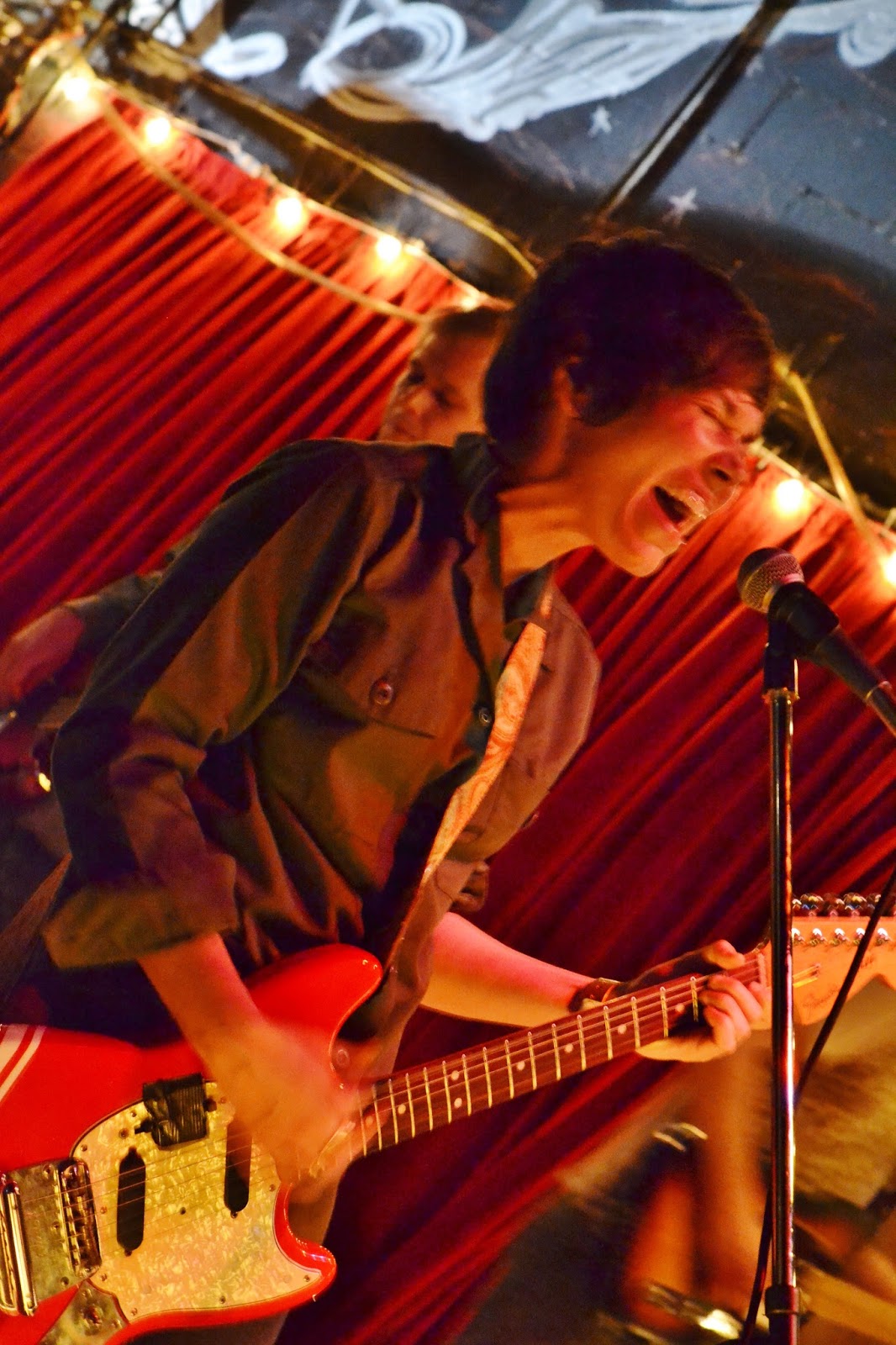 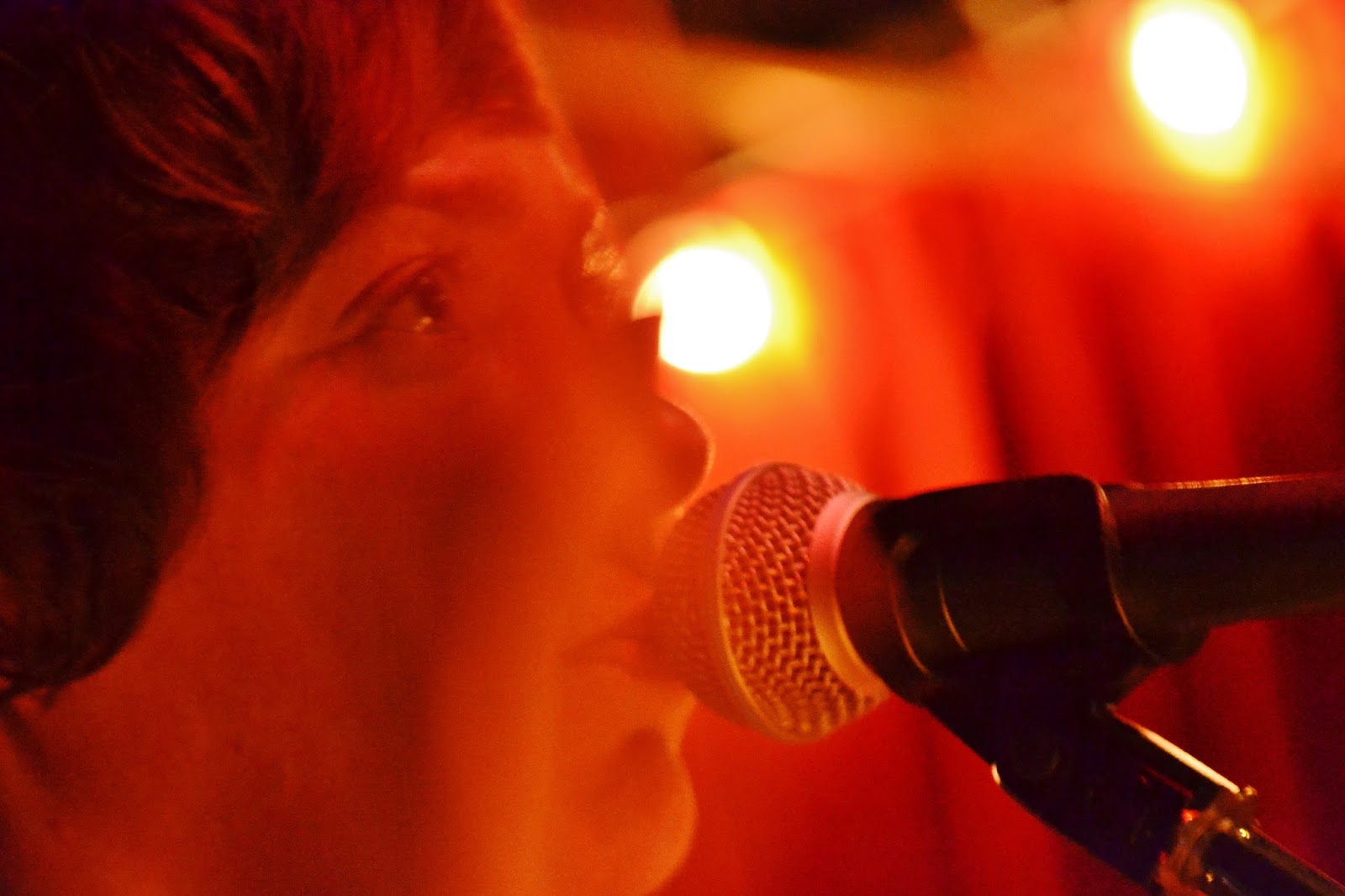 I closed out the night (as did most of the festival attendees, it seemed) at Single Brothers.  T0W3RS played a great set of their (his; Derek Torres) usual danceable electro-pop.  Everyone there really, really enjoyed it, from the guy with the hair from the last Ex-Cult photo (see above), and the great Mitch Easter (who was head-bobbing the whole show right next to me, and spoke to Derek for some time after). 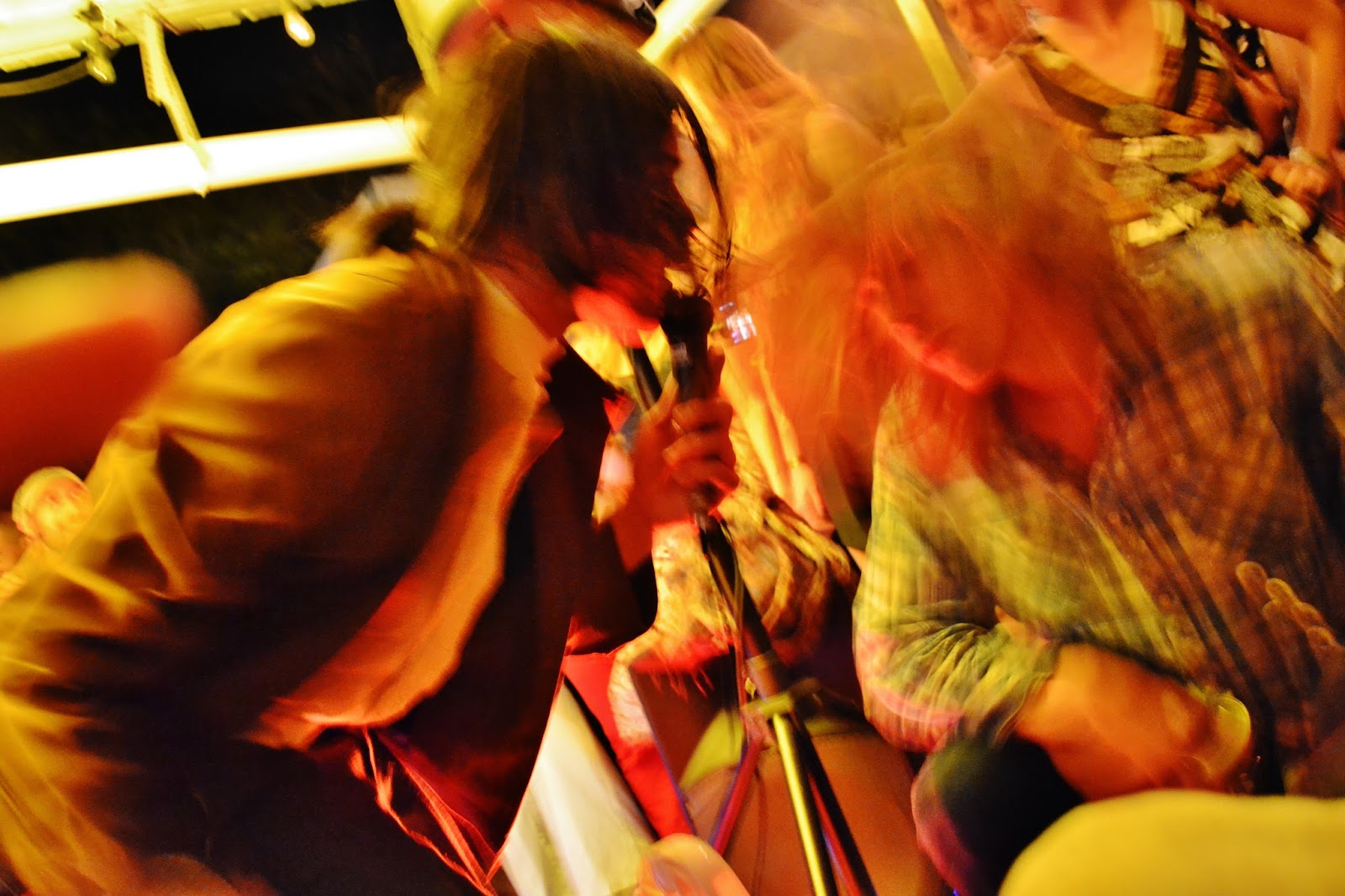 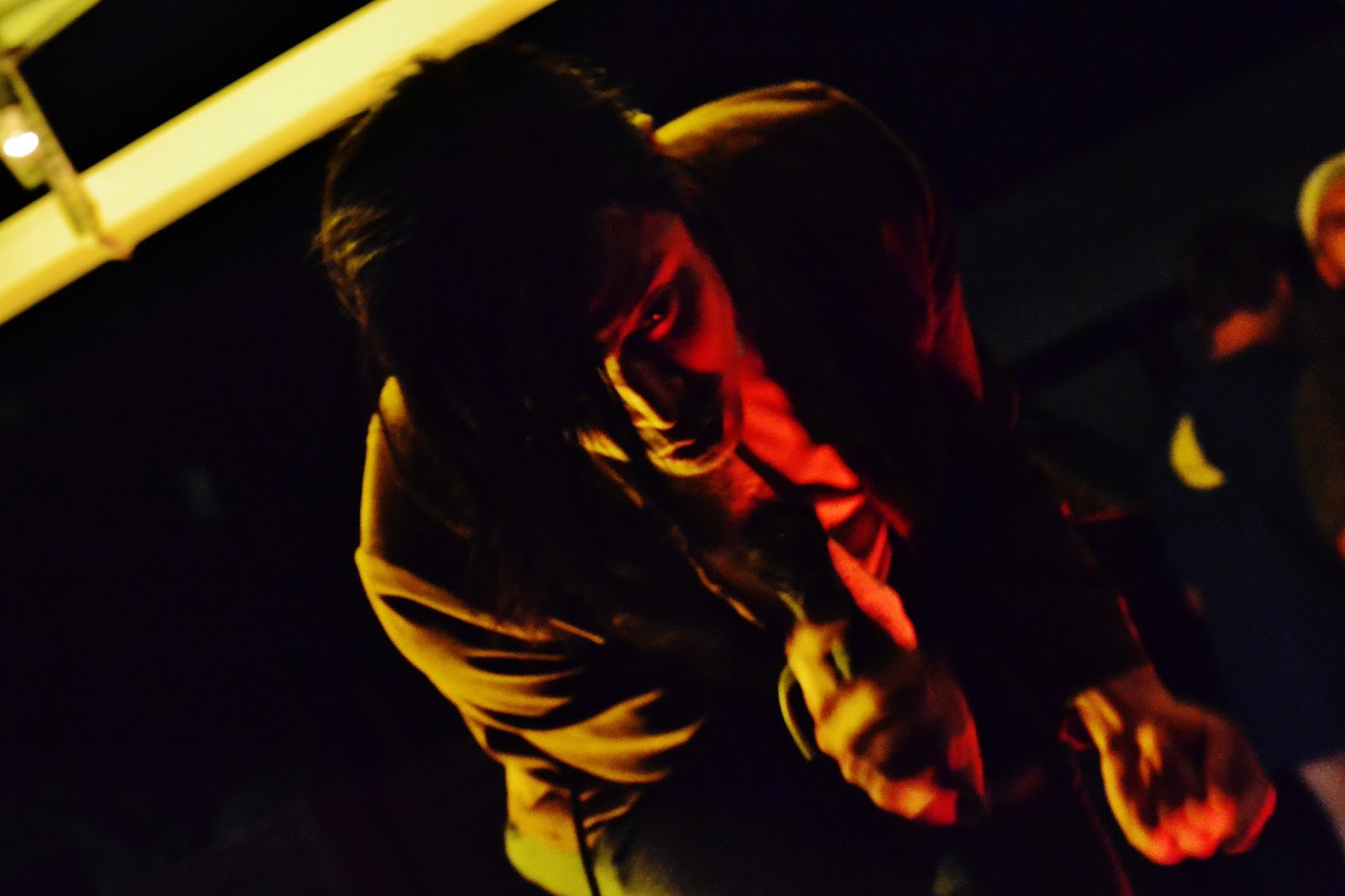 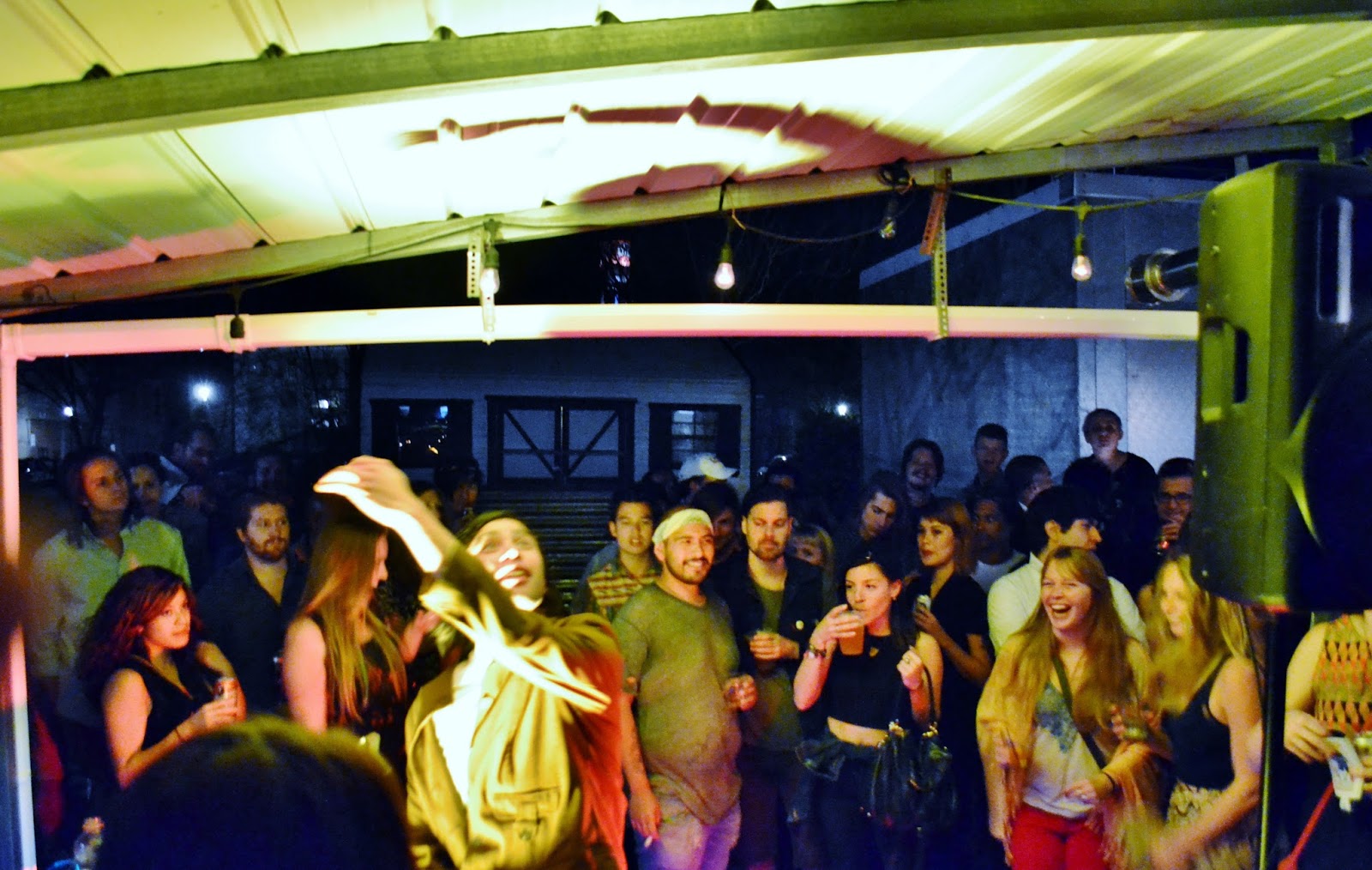 Phuzz Phest is the perfect thing to do on a spring weekend if you just can't wait for September and Hopscotch.  So next year, head over to Wintson-Salem. 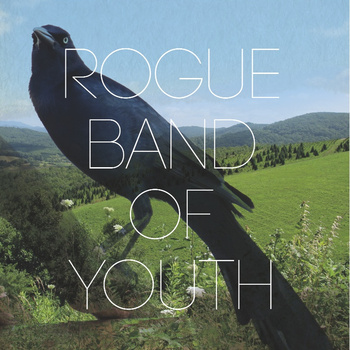 I haven't reviewed many local releases lately...  this despite the fact that there have been an ungodly number of great releases by local bands in the past several months.  It's time consuming, I'm at a sort of bottleneck in my writing stream, and I've been ridiculously busy of late.  But sometimes, the music demands it.

I didn't think I'd like Rogue Band of Youth's debut release this much.  They're the project fronted by Patrick O'Neill, who also frequents local stages as a member or Schooner and Some Army.  It's folky, rootsy, country-tinged rock.  It's very well played.  I enjoyed their live show a lot.  But I can usually take or leave this kind of music.  Sitting here, however, up later than I should be after a stressful evening trying to derail an autistic meltdown from my beautiful progeny, listening to this record for the fifth or sixth time... this is heart-just rendingly beautiful stuff.

It starts with a little Dodos-flavored guitar on Fair Shake, a song of trying to back out of a life of repeated failures.  Bittersweet, beautiful harmonies and violin kick in, elements which repeat throughout, setting the tone of the record.  Jazz-tinged guitar & keys anchor the more forward-looking The West In My Eyes, which musically and lyrically takes you from coast to coast, but on a journey perhaps born more of necessity than pleasure.  Daedalus follows, echoing, maybe, Bowerbirds?

Slow Down has the album hitting stride, with harmonies that are almost CSNY-reincarnated, and ... is that a theremin?  And the violin.  Georgeous notes alternate with this beautiful, squeaky, tonal chaos that I'm sure has a classical term, but I'm too uneducated to know it.  I say "violin" despite this band having country-ish roots and you expecting me to say "fiddle".  This is VIOLIN.  What I know must be the classical roots of violinist Chloe Gude show.  This sublimeness is balanced by a dark, minor-key bridge and a rebellious shouted chorus.  Frogs and crickets back the instrumental intermission, ...And the Tiny Strings, leading into the more optimistic (sounding anyway) Smoke Screens and Blind.

Sharp and wonderful lyrics abound. "Ink has a funny way of taking away everything we know"... "All messed up, never got a fair shake / All fucked up, no one left to blame"... "Silently falling from the heights of my desire."  The use of the lyrics with the music is often exceptional as well.  When O'Neill sings "I've got the west in my eyes", it's done in a way that beckons an escape across the country; then the wide-open guitar that follows almost physically pulls you there.

There seemed to be some anticipation in the local music community to this release.  The more I listen to it, the more I can see why.  I wasn't planning on writing anything at all tonight, and probably never a review of this record.  But like I said, sometimes the music demands it.

After a brief tour of the region to promote their album, Rogue Band of Youth returns to the Triangle to play  Slim's in downtown Raleigh Friday night, with Prypyat and Woolens.