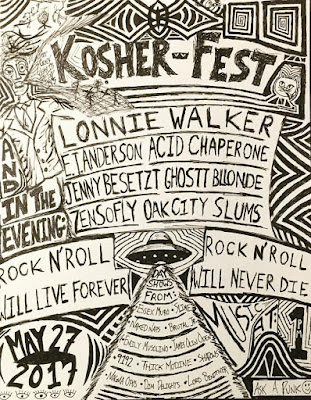 "Punk rock was my first girl / she left me a scar so I have her still" - Beulah, Silver Lining

I was a late bloomer in just about every respect.  Maybe it was just classic middle kid, ultra-geek (before it was cool, man!) syndrome.  Maybe I shared some of the genes that made my future son autistic.  But in life, in love, in pretty much all the social norms, I always lagged behind.  I was pretty much a grammar school kid in high school (you should see my yearbook photos!), a high school kid in college, an undergraduate in grad school.  It's probably why I now live my "adult" life like I'm still in college.

Even in my musical taste, I bloomed late. As a kid, I mostly listened to guilty pleasures like Boston, Styx, and Foreigner (hey, I was from da West bank of NOLA!).   But I'd listen to some weird stuff, too.  I'd spend hours perched over the turntable (before that became UN-cool, then cool again!), headphones on, absorbing Yes's Tales from Topographic Oceans; the definitive bloated prog-rock mind-bender if ever there was one.  Maybe most girls thought I was from another planet because, in my mind, soaking in 25-minute prog-rock movements, I quite literally was. 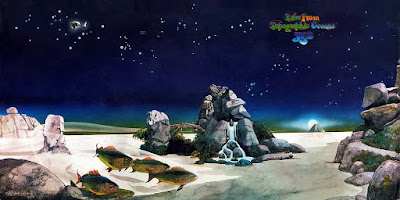 But, musical or otherwise, punk rock was my first real "grown-up" passion.  In college I started to get into British stuff like Dave Edmunds and Elvis Costello, and that grew into love of American bands like the dBs, Let's Active, Game Theory, Descendants...  hmm...  seems the more off-the-mainstream-path I get, the better the music gets!  When I first I heard the Pixies "Gigantic" on KLSU (in Baton Rouge), I decided then and there to become a DJ.

Make no mistake, this musical passion is the main reason why I took 7 years to finish a PhD.  Years of deejaying, way too many shows, hosting the local music show, publishing a zine, starting a proto-website... it's really never stopped.  Zine-ing grew to the more acceptable adult past-time of an indie newspaper column.  This continues today into the humble blog you're reading.

But it's always been about punk rock.  And while that loaded phrase has as many definitions as there are people you ask, to me it's always been simply about any music that's different and breaks norms.  About artists that pursue their passion for the simple sake of it.  But beyond music, about voices that speak loudly and challenge the status quo.  Indie-alternative-underground-college-punk-whatever music has always been to me at its core, about free speech.  And I've always been passionate about experiencing and promoting that.

Okay, to the point.  In my mind, the purest manifestation of punk rock is (and perhaps always has been) the house show. It is the epitomy of that most punk of ethics, DIY.  "You don't need to tell me how to do this.  I'M gonna do it!"  Sometimes, even the most podunk, backwoods of towns can have the best ones.  Desperation breeds creativity.  At once angry and ebullient, lashing out and life-affirming, house shows give voice to the silenced, a place to the dispossessed.  A good house venue is more a home than any club could ever be.  Well, maybe a little because they usually ARE  homes :). 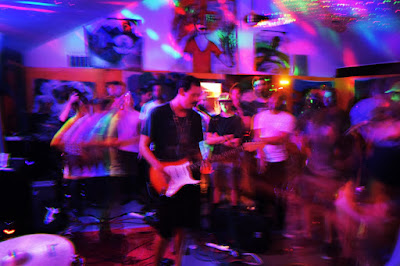 And there have been few house venues as welcoming as the Kosher Hut.  More home-y and familial than the buzz-iest club, the Hut's been a place where all are welcome... even this old dog.  But it's still punk as fuck.  Really, to me, those two things have always been one and the same.

The Hut's raised tons of dough for many worthy causes, all while providing one helluva great time.  Whatever Brains blew the lid off that joint.  Zack Mexico got naked.  9192 brought smooth raps.  Synths jammed, radicals screamed, horses played...  all in all, it's been weird and wild fun. 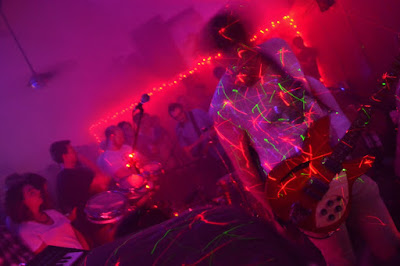 And this Saturday, Kosher Hut's calling it quits with a blowout "show".. I say "show" because it's much more than that.  Kosher Fest features a line-up of  a dozen or more for day parties, on two stages.  Then at night, they'll have a Hopscotch-worthy line-up:  Lonnie Walker, ET Anderson, Acid Chaperone, Jenny Besetzt, Ghostt Bllonde, Zensofly, and Oak City Slums!  Killer.  But the day party line-up is no slouch either: 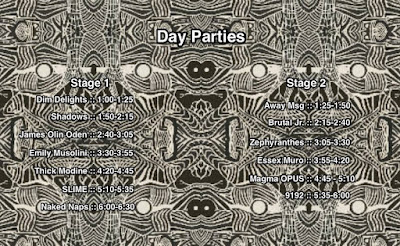 The whole shindig starts early (1:00pm) and goes on into the night.  I hear tell there'll be a BBQ food truck there, and there's even talk of a slip'n'slide!  But there'll be non-stop great music, all punk in spirit, though greatly varied in genre & style.  And that's punk, too. So come say g'bye to one of the great house venues, and have a good ol' time.  As for where... as they say, ask a punk.

This is so big, they should just go all the way & sell out.  Maybe my great MS Paint skills could snag some o' that corporate $$! :) 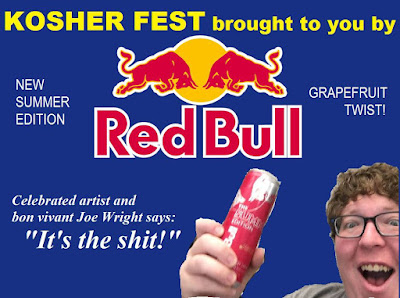