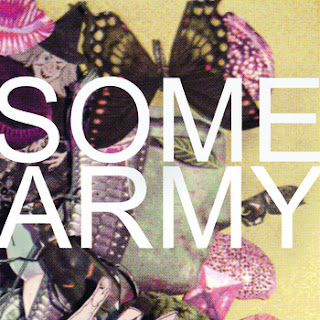 I went to this show partially because I hadn't seen T0W3RS enough lately (excepting the Saturday CAM show at Hopscotch, at which time I was -- frankly -- burned out on music), and partially because I had heard good words about Some Army.  Gray Young opened... always great frenetic indie-guitar, but I only caught a small part of their set. And I intentionally put my camera up for T0W3RS because -- well, sometimes you've just gotta stop and smell the roses.  Which for someone who does what I do, means "Put the damn camera up and just LISTEN!"  I'm glad I did.  Plus, I've covered them so much here, if I give them too much more press, I'll have to re-label the blog ("H0w 5trang3 it i5..."?).

You hear a lot of bands, especially in these parts, that meld Americana with a more indie sound.  That's not unexpected.  Musical history is full of such progressions.  Run DMC taking an Aerosmith lick, Animal Collective adapting Brian Wilson tricks to modern technology.  But it's usually more subtle... so-and-so does something-with-something else, and you get something "original".  Nothing, of course, is ever totally original.  By way of osmosis, even subconsciously, all new music is informed by what others have done in the past.  But you can make something new from something old.  Music would go nowhere without that possibility.

So as I said, you hear a lot of attempts at this particular synthesis.  Indie-Americana. Alt-Country.  Whatever.  But seldom does it register -- to my ears anyway --  as sounding "new".  Some Army, however, do.   It's not just that they sound new.  They sound natural, like there was no intent.  It just came out that way.  I've heard front-man Russell Baggett say he listened to a lot of No Depression stuff and a lot of indie-rock, and you can hear those things.  But it doesn't sound like those things.  Too many bands sound like those things.  Some Army just sounds like Some Army.

Their self-titled EP (pretty much a short LP) starts with the ghostly Servant Tires. The spectral aura is  accentuated by soft keys and a hard, cutting slide.  Baggett's voice is smooth and high, with ever the slightest drawl... perfect for the music. The second cut is the jazzy Business Gee.  It's jazzy in the way that some 70s pop was: almost cheesy, but in the end, simply cool.  The electric piano, the jazz strumming, calls to mind Gerry Rafferty (or maybe it's the similar vocal timbre?).  Beautiful backing vocals from Elysse Thebner, add to that 70s-jazz-pop vibe, and some great lyrics ebb and flow ("There's a time to lead and a time to follow / and everything else in between rings hollow").

Gee has been on "repeat" in my head for the past week or two.  Great song.

Lifting the pleasant fog of the first two numbers comes the crunchier guitar and driving snare of the more upbeat Under the Streetlights.  This cut gains Some Army admission to the VIP room of that buzz-club called 'Gaze.  But more to the point, on the heels of Business Gee, it really showcases the their diversity.  Following the atmospheric segue of Queens, Fall on Your Sword: returns to a slower, cool, environment -- fuzzy and a little jazzy again.  We've Been Lucky and Children of the Maiz close out the CD with perhaps the two rootsiest numbers, Lucky sounding like as less-jangly Dumptruck, and Maiz running Americana through a Kinks/Stones filter.  Quiet slide returns, complimented by soft strumming, and gradually builds to a rousing guitar/drum/organ crescendo.

This CD is perfect for a quiet fall night out on the porch, which is exactly how I first took it in.  But Some Army are great for a fall night at a club as well, starting with this week's WKNC Local Beer Local Band night at Tir Na Nog. (Oct 4), followed by the Pinhook on Saturday (Oct 4).  Both shows are FREE!

Here are a few photos from the EP release show at Local 506... 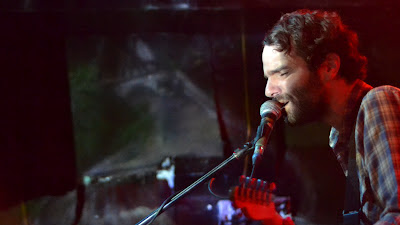 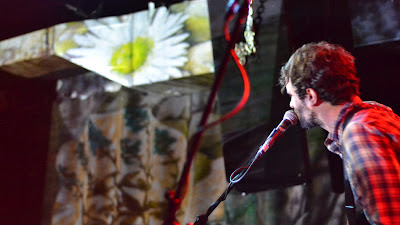 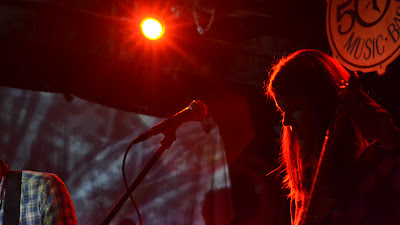 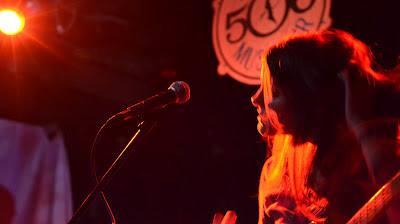 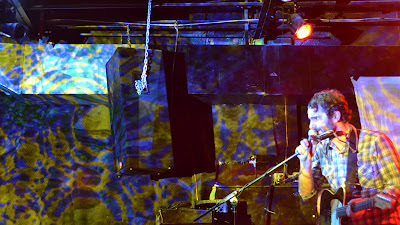 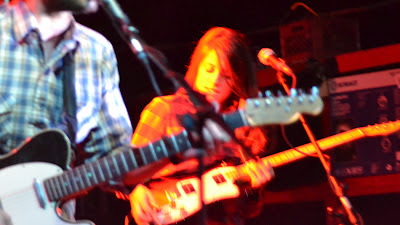 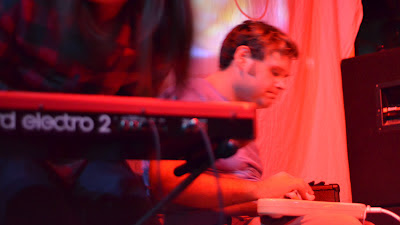 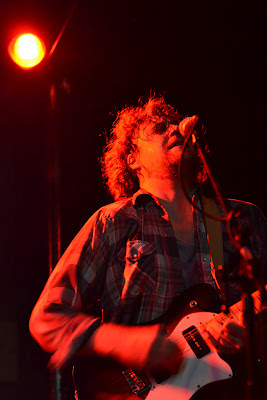 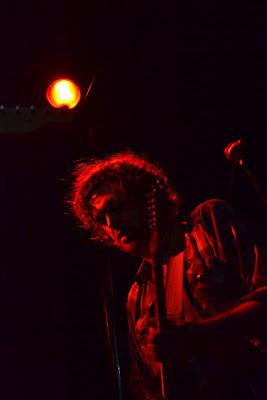