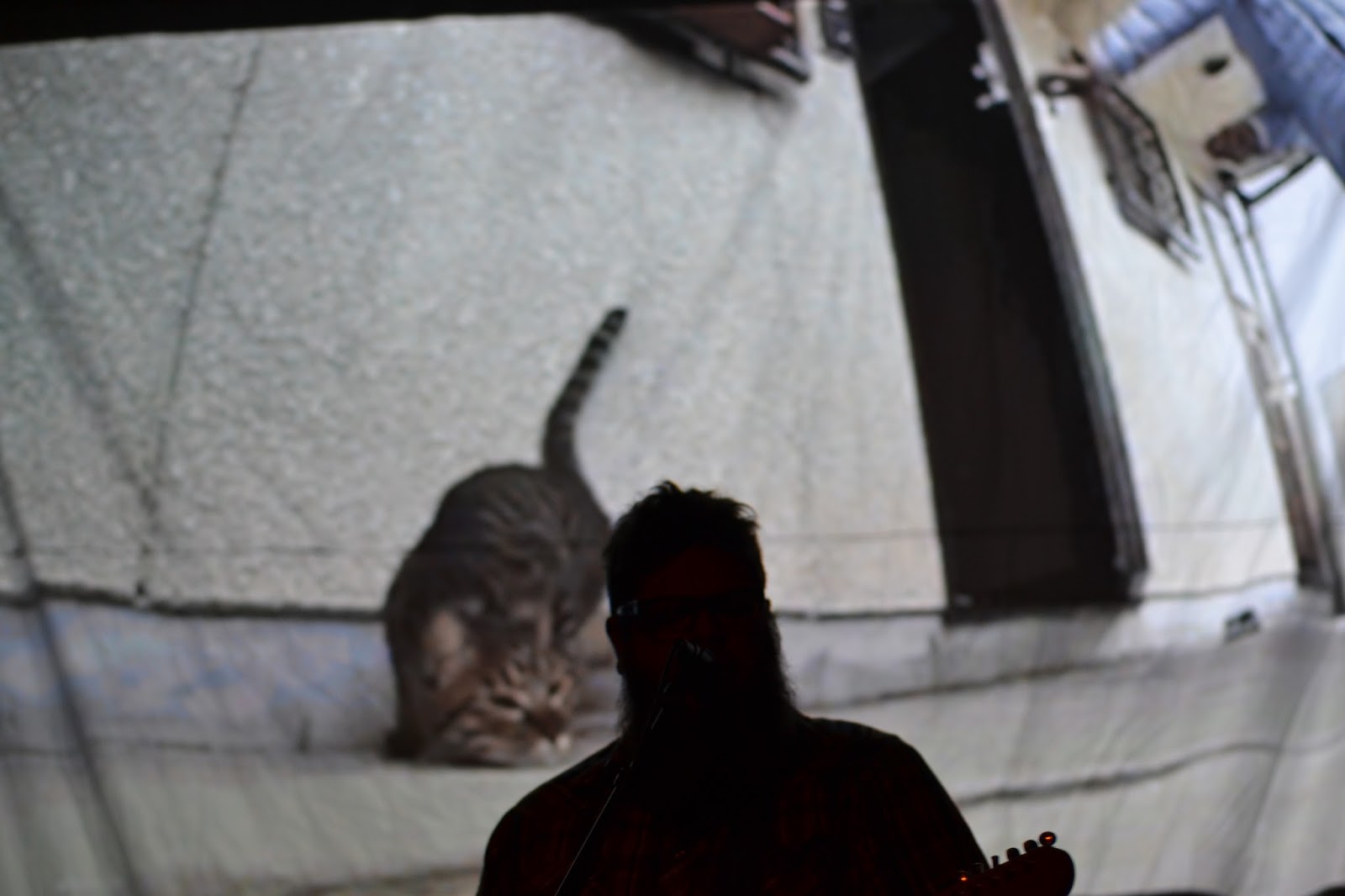 It was kind of an early show, which promted Lud frontman Kirk Ross to wonder why the fuck they ever went on at 1:00am back in the day?  Maybe starting relatively early was more conducive to the slow build of this night.  Lud's first few numbers were a kind of mellow-but-intense brand of Americana, and it was a nice way to begin. Then, gradually, the intensity turned less mellow, and by the end, they were burning down the newly-constructed Cat's Cradle Back Room (shame on them).  Not being from these parts, I'd only seen Lud, I think, once before.  I remember that entire show being heavy and fast... but it was the Cave, and I'd had a few.  The slow-to-fast burn of this show, however, really worked. 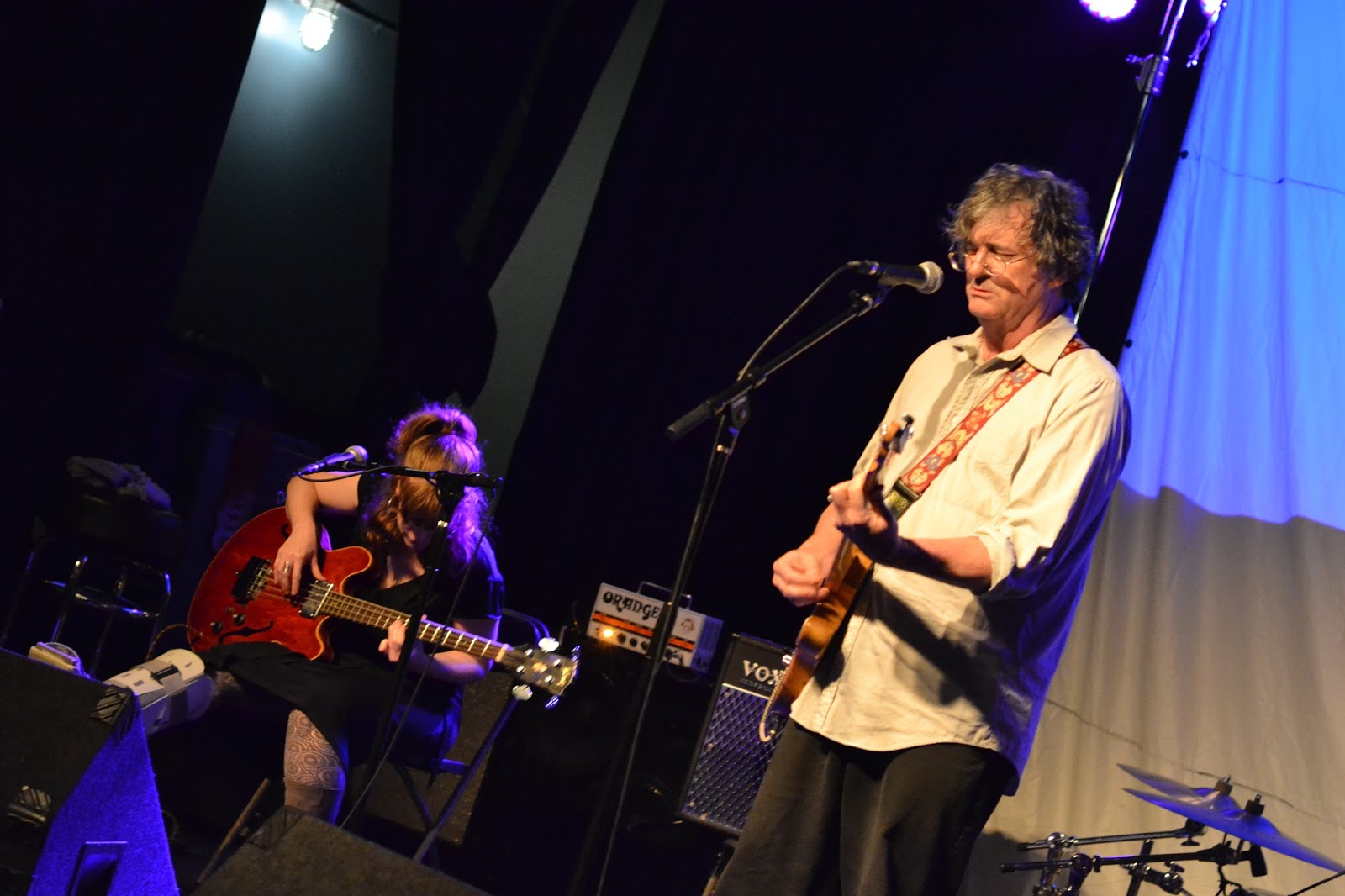 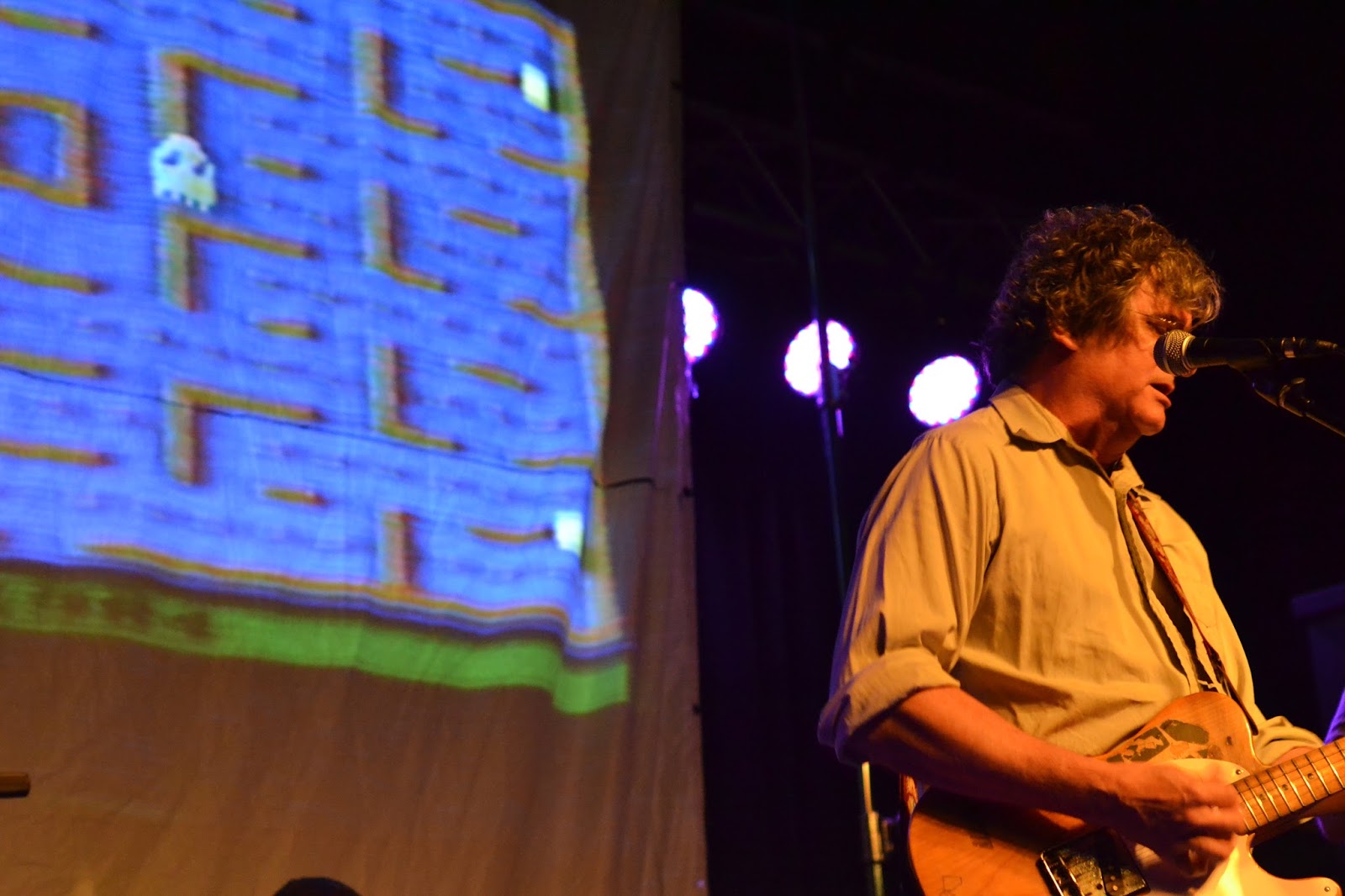 I'd also only seen North Elementary once or twice, and a while ago.  Listening to Honcho Poncho, I'm starting to realize how much variety they have within their sound.  This is a trait shared by frontman John Harrison's solo music (as Jphono1).  On it's face, their sound is your basic, mid-tempo indie-pop-rock.  But as you listen, all manner of detail reveals itself.  Mid-90's (Sebadoh-esque?) guitars are complemented by rolling organ, and sometimes a quieter, more pleasantly tinkling piano.  Male/female vocal harmonies courtesy Harrison and keyboardist Betty Rupp give the crunchier songs a soft edge.  While there isn't as much of the technology-assisted trickery and layering providing the variety as on a Jphono1 record, the guitars and rhythm section pull from the styles of decades ranging from the 60's until now (Decade Styling, I guess, to lift a song title from one of their earlier releases). The farfisa of Way Out (Happy Here) sounds almost Mersey, while the House Your Home could be a Pink Floyd/midnight movie soundtrack.  Then there are the songs by (new?) member Sean Parker:  Hi-Lo and Left Doubt.  These are unmistakably cut from 80s cloth... I personally hear Modern English in both Parker's vocals and the meld of new (but not too) wave and harder post-punk, and the keyboards.

There are a lot of songs that grow on you in this collection:  the 80's vibe of those two, the summer breeziness of Eventually Everything Connects and the opener, Return to Couches, and the barroom rocker Undressed and a Place to Go.  Again with the variety.

So good album, and good show.  Oh, and, um, not to take anything away from the band -- but if they had pulled the plug on the music when the cat videos started playing, I would have still been plenty entertained. 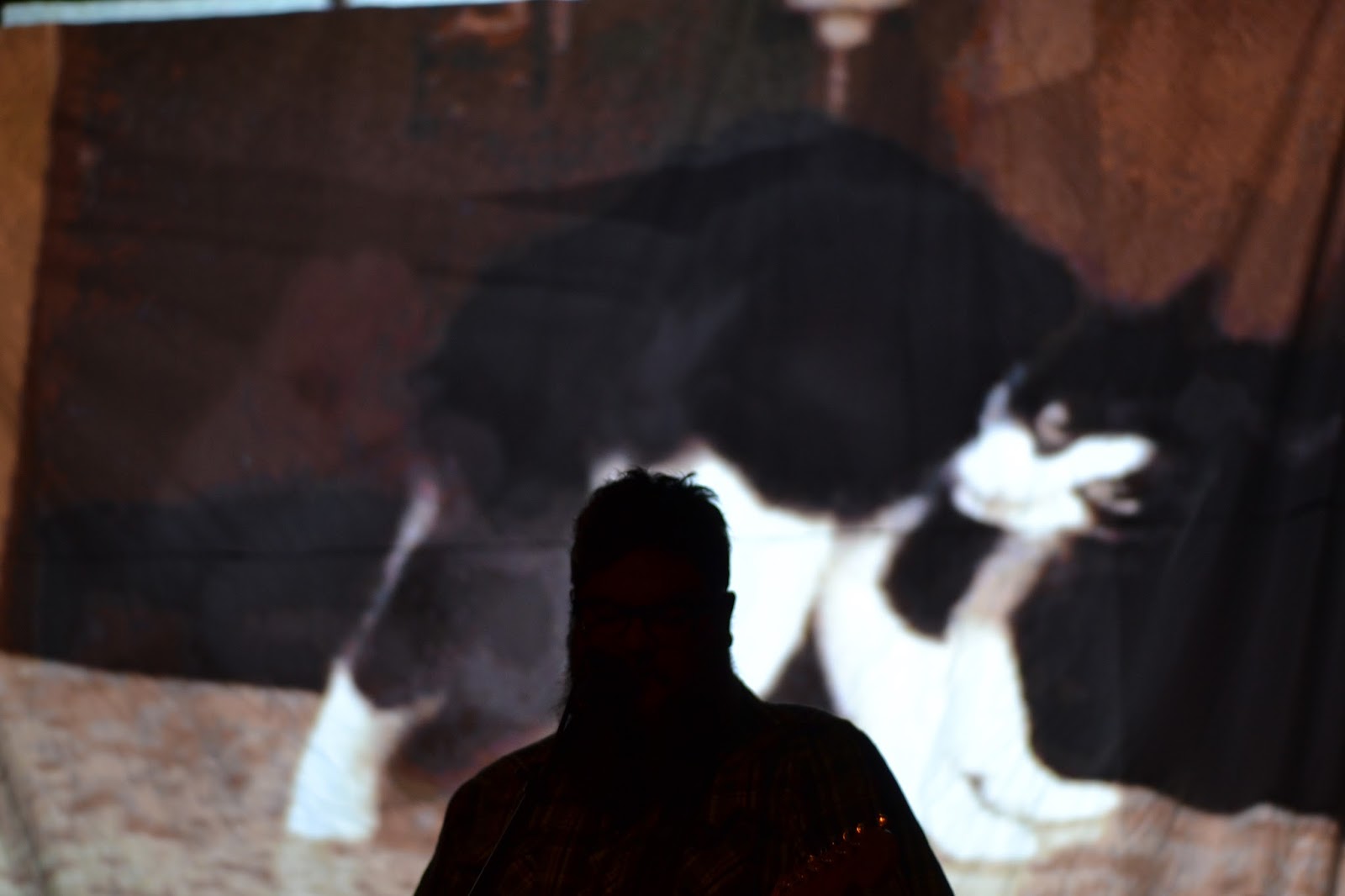 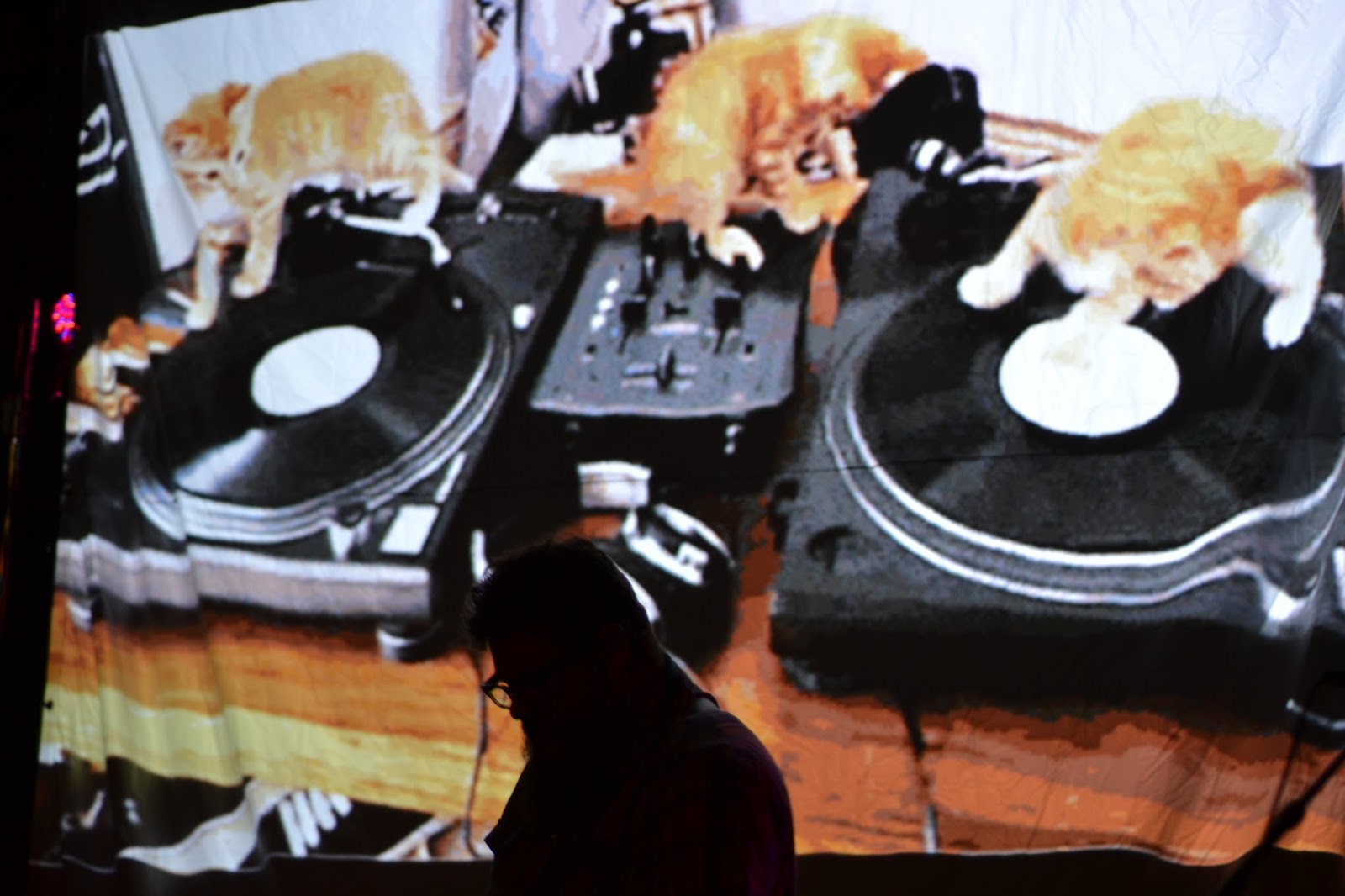 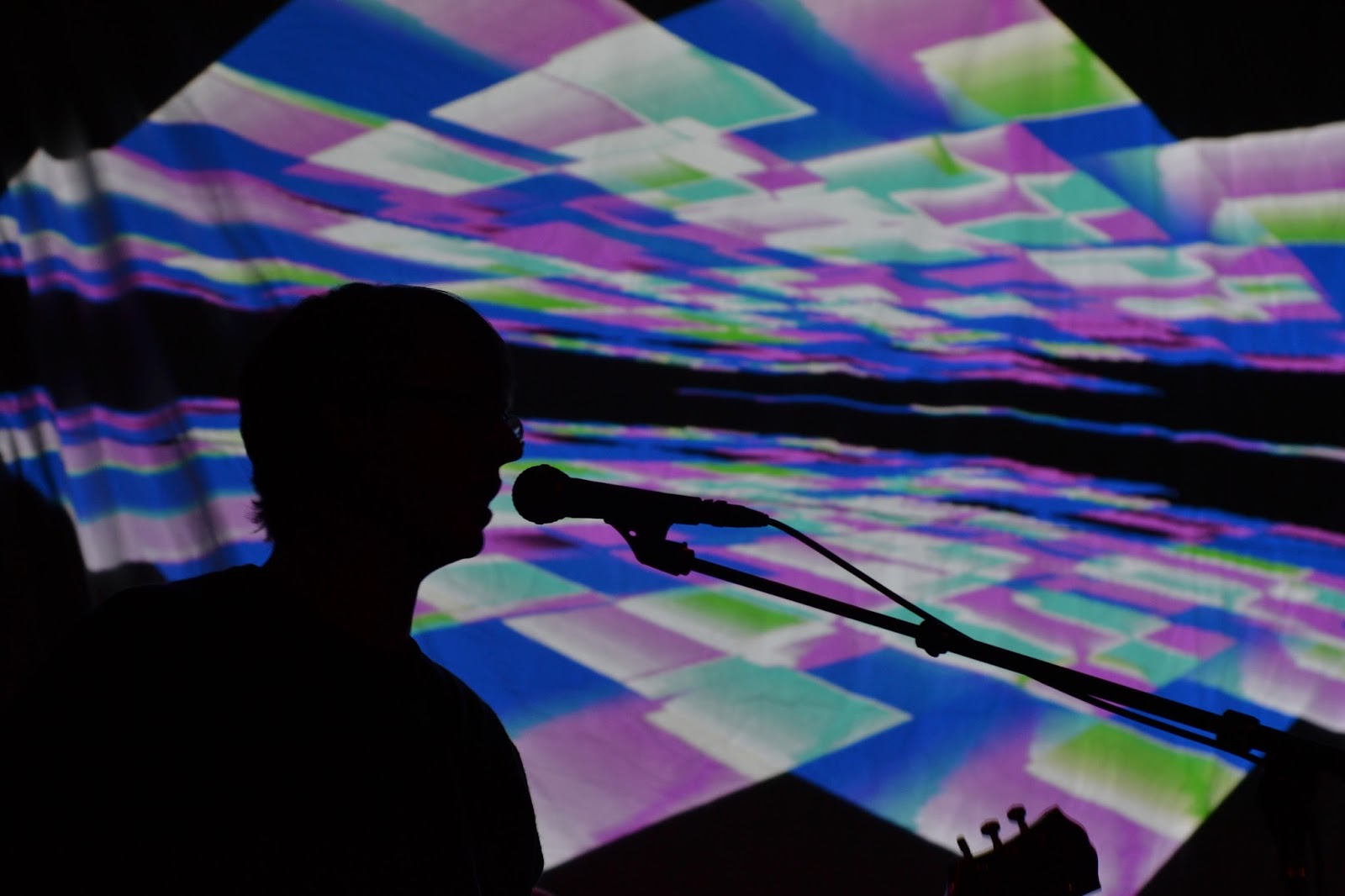 Buy one (or both!) of these bands' new CDs:  North Elementary's Honcho Poncho and Lud's Defenestration Boulevard.
Posted by Brother John on 4/15/2014 No comments: