(*photo essay = don't feel like editing down the photos) 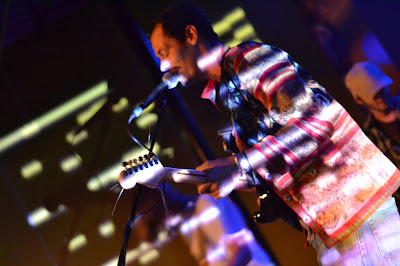 Zack Mexico, one of the best bands in the state, brought their surreal, psychedelic, and darkly surfy brand of indie to the Triangle again about a week ago.  The main objective was to celebrate the release of their excellent full-length debut, Ephemera of Altruisms, on local label DiggUp Tapes.  They also brought a great light show, which perfectly accented their sound.

But first, the Critters opened.  They brought a smolderingly faithful rendition of 60s garage to the stage.  Locals Lonnie Walker, always one of my favorites, held down the center with a (relatively) toned down set. The Critters drummer was simply amazing... 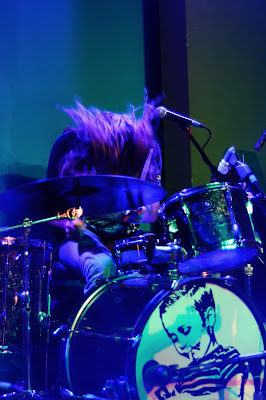 Then Zack Mexico took the stage.  From the thunderous, seemingly endless opening number to the similarly drawn-out feedback/fader of a closer, they never bored.  To me, any song clocking in at over 10 minutes usually just starts to drag.  But after their opener ended (in what, 20? 30 minutes?), I just stood there stunned.  And pleasantly so.  Turns out, jam band tendencies can be entertaining.  Hugely.

I think that sometimes, it takes a band from way off the beaten path (in this case, the Kill Devil Hills, NC) to create something totally original.  Zack Mexico is sort of surf, sort of jam, sort of shoegaze, and none of and all of the above.  They use these sounds but don't play by their rules, and the result is an original brand of rock not really like anything else in these parts.  Pick up the CD to hear what I'm rambling on about.  As for the rest, I'll let the photos do the talking.  Again, great light show (though it was almost outdone by singer John Saturley's jacket)... 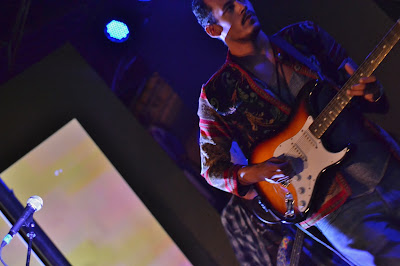 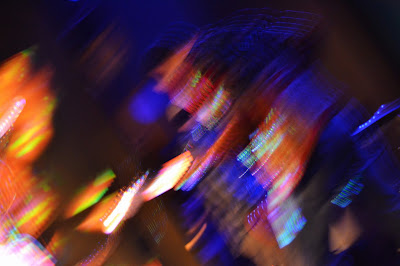 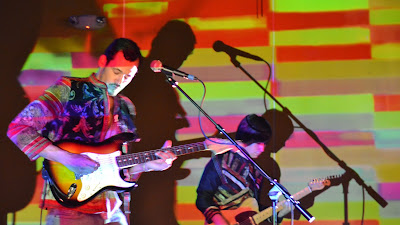 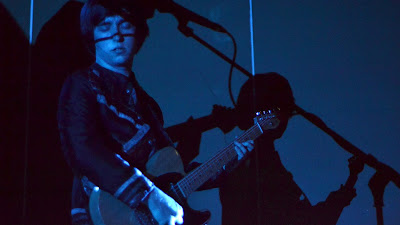 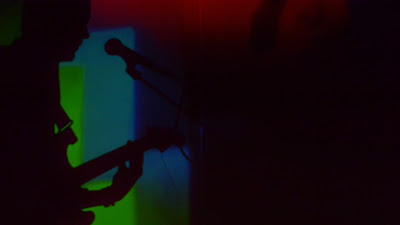 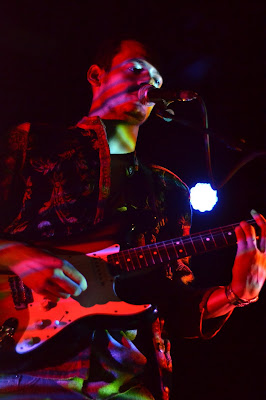 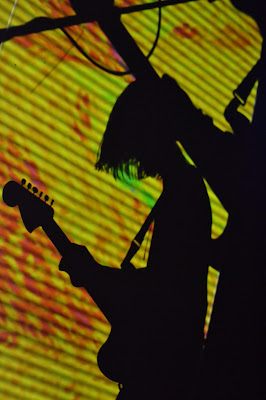 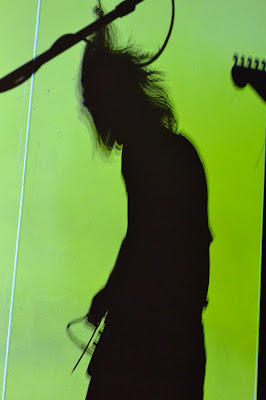 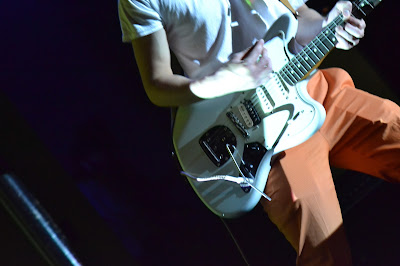 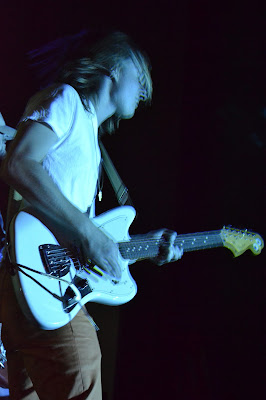 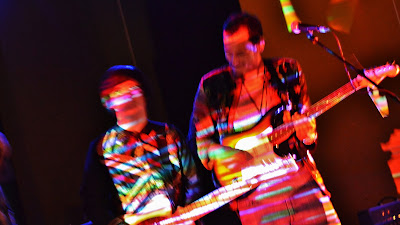 Aaaand:  the extended psychotropic fade-out of which was spoken above... 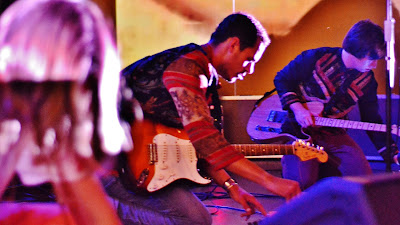 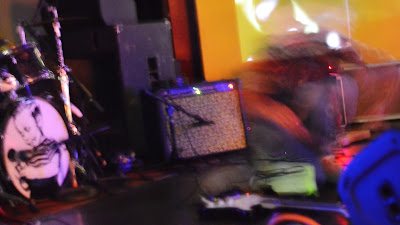 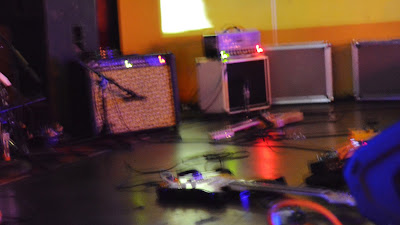 (the originals of these photos are much crisper; something glitchy is happening to them when I upload to blogger)
Posted by Brother John on 10/29/2013 No comments: