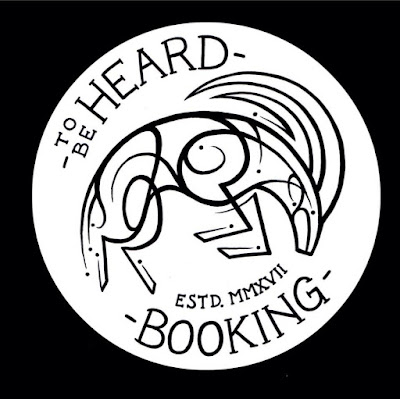 I don't usually promote a show beforehand other than to fire off a quick facebook post, linking to the event.  But this one merits more.  To Be Heard booking have put together numerous great shows since their inception earlier this year.  But this one tops them all.  And by "all", I mean all local shows.  Ever.

Okay, maybe that's hyperbolic.  Musical taste is subjective.  But these three bands are all right in my sweet spot, and in my mind, may just be the three best bands in North Carolina:  Zack Mexico, Naked Gods, and Lonnie Walker.

If you read my blog at all, you know I'm in LOVE with Outer Banks' own Zack Mexico.  ZM is my crush... if I weren't too old to crush, and if I were gay, and if he were a person.  He's HAWT!  Just Google How Strange... and Zack Mexico and you'll see some overlap.  I hate long jams, but I can sit and watch these guys extend a song over 10 minutes and love it.  Hell, I can and often have watched them build a long set out of 4 or 5 songs, and left completely satisfied and musically satiated.  I can't count the number of times I've heard newbies gush after one of their shows, and with a series of opening dates with Future Islands, they'll be making a lot more fans soon.

Here's a vid I took of them at Hopscotch a couple of years back, doing an older song that appears on their latest album, Get Rich and Liver Forever:


Then there's Naked Gods, from Boone.  I kind of consider them to be the mountain equivalent to the beach's Zack Mex... similar mindset, slightly more rootsy vibe.  But they got that indie-psychedelic jam thing going.  Their self-titled album is one of the best by an NC band in years.  Frontman Seth Sullivan is a force of nature onstage.  Expect bear hugs.

Here's them at Hopscotch a couple of years back with a great song from the afore-mentioned album:


Then Raleigh's Lonnie Walker.  They laid off for a while, but are back, and the recent Earth Canals was another one of the best local albums in years.   They lean even a bit rootsier (maybe twangier, really), but really it's just Brian Corum's unique style.  I link them with some of the great Ghostmeat records bands from that Athens GA label in the '90s (Sunbrain, Drip, Tony Tidwell, Dave Dondero... particularly Dondero's band Flatwheelers that predated his solo stuff...damn they were great.).    I regret that I never had time to give ...Canals its due when it came out.  Teenage Poem is perfect pop.  Songs like All Bombs Away and Baby Man are downright incendiary.  And it's all punctuated by sublime slower tunes like No Pure Light and Seasons.

Here's Lonnie Walker doing Summertime at the very same venue where this show of shows will be tomorrow night:


Any one of these bands blows up the stage.  All three, and it might just change your life.  Do not miss this show.  Zack Mexico, Naked Gods, and Lonnie Walker, Saturday, 4/22/17, Nightlight in Chapel Hill.  Mother of all Bills.
Posted by Brother John on 4/21/2017 No comments:

North Elementary - And Every Color You Have Ever Seen (Potluck) 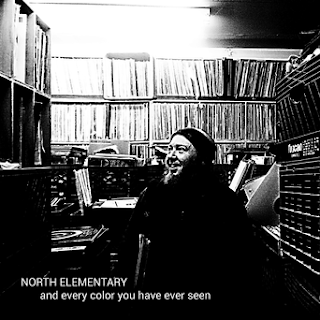 North Elementary’s new LP, And Every Color You Have Ever Seen, opens with staccato guitar lines and words of encouragement and optimism:  “I know you’re dreaming of something / well I don’t care what it is / as long as you’re dreaming of something.”  I’m not great at interpreting (even hearing, really) lyrics, but I'd translate that as:  DO something, MAKE art, MAKE the world a better place.  It’s up to you!

…Color has lotsa psych-y vibes and straight-ahead power pop, and even swerves into southern rock territory at times.  As in earlier albums, North Elementary’s music is laced with ‘80s Brit & ‘90s American indie (I hear Versus and Built to Spill this time ‘round, especially the latter in Dems Da Breaks).  They pull all this diversity together into what is really a cohesive and non-derivative sound.

This collection makes for a really great (if a bit early) summer album, especially cuts like the jumpy Slippin’ Into the Sun and the stoner haze of Waste a Day.  What the hell, start your summer early.

North Elementary celebrate this release with a great line-up at the Cat's Cradle Backroom, tonight, 4/7/14.  The Wyrms, S.E. Ward, and Reflex Arc open.
Posted by Brother John on 4/07/2017 No comments: