Just a few photos and a video of a couple of recent LBLB nights at Tir Na Nog in Raleigh. Nothing fancy. There've been a few DC bands playing of late, and a couple of them are pictured here with the usual Triangle acts.

Mittenfields
One of the DC imports, they passed through on a little tour with Gray Young before heading to parts south, I believe. Good fit w/ GY, powerful indie guitar, but more poppy/melodic from what I remember. Very good. 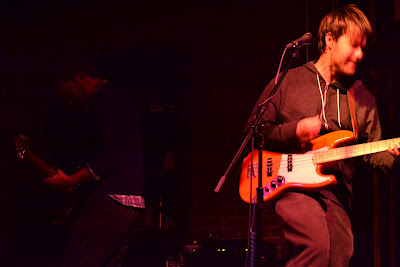 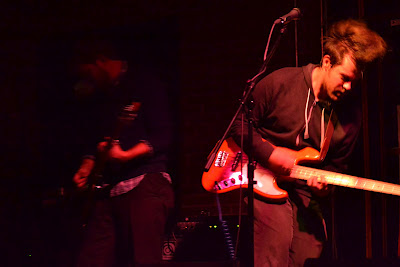 Free Electric State
These local steadfasts will soon be split between Baltimore and the Triangle. Hopefully we'll still be seeing them around... or the earplug market in the Triangle may dry up. 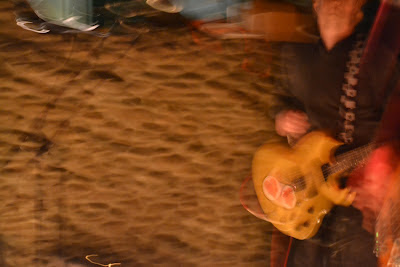 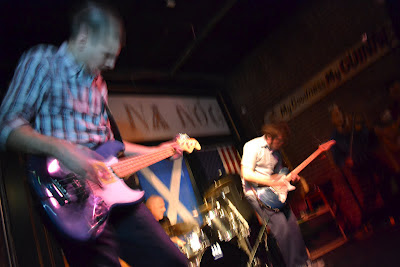 Trepak
Sorta chamber pop, but much more interesting than most string-laden bands -- which you gotta admit there's a little glut of these days. VERY impressed by their balanced use of multiple instumentation -- the trumpet is a nice addition -- and their sense of melody. 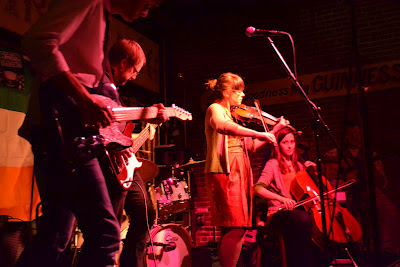 Oh, did I say Trepak have a way with melody? It bears repeating. 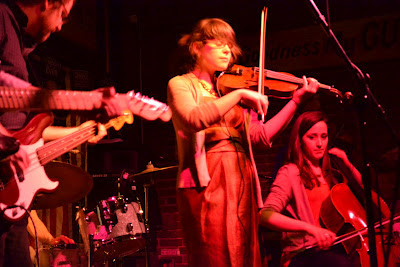 Ugly Purple Sweater
Melodic folky pop from DC, they apparently usually have a drummer. They covered Bruce's "Dancing in the Dark" and it didn't sound ironic at all! 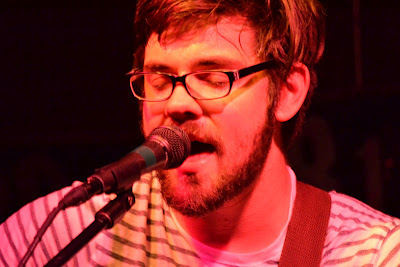 Prypyat
Another one of the cello bands, with a member of Hammer No More the Fingers. More ... jazzy maybe?... than Trepak. I'm gonna have to listen to HNMTF again, because I think I heard that same jazzy style behind the post-punk din when last I saw them live. 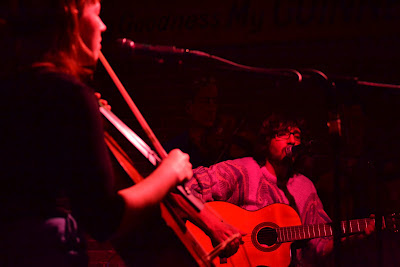 And a video of Ugly Purple Sweater performing "DC USA", a song about one of those "mixed use" shopping mall complexes in DC.

I was really looking forward to this show. I'm a new fan of Crystal Bright and the Silver Hands, and LOVE their new album, Muses and Bones . Having seen them only once live, my immediate impression was that (among many other influences) they have a circus-like feel. So it only seemed natural that they would explore this connection.

And they have! Bones and Lilies was an abstract play, performance art piece, and -- well -- circus! All set to songs performed live by Crystal Bright and the Silver Hands!

The Flowjo Family Circus is a troupe based at Flowjo, a little enclave of hoops, yoga, acrobatics, and such off Main St in Carrboro. Apparently, they had only dress-rehearsed this with the band once (CB & the SH are based in Greensboro). But the members of Flowjo were given free reign to come up with routines to accompany the songs, and they did a great job. The CD Muses and Bones has themes of struggle, death, rebirth, and redemption running throughout it, and so did the show Bones and Lilies.

There was belly-, hoop-, and other forms of dance, high-flying acrobats, juggling, and stilt-walking. It all worked very organically with the music. Crystal and the band stayed pretty low-profile and let the circus take center stage. In the end, the symbolism was that of a Phoenix rising, and the show moved outside to a fitting performance of fire-spinning. It was very ethereal, thanks in part to what was a very misty night. 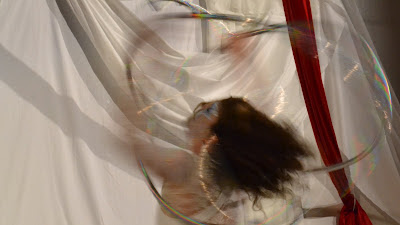 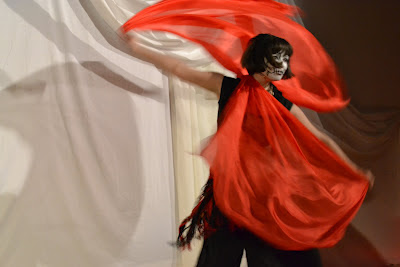 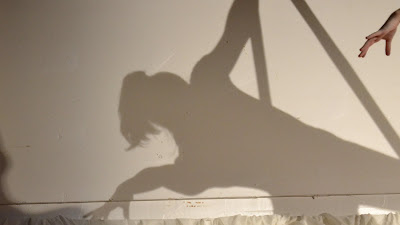 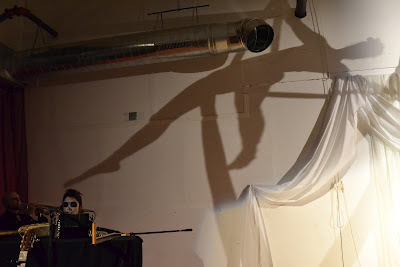 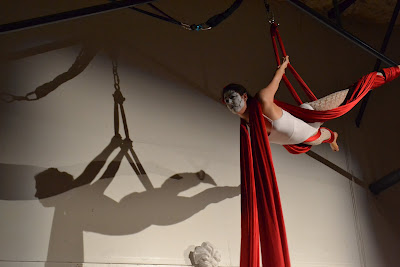 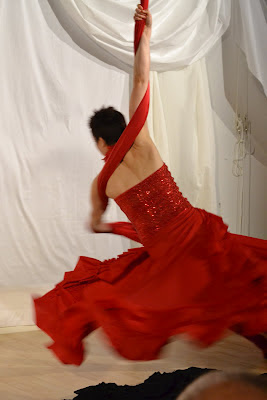 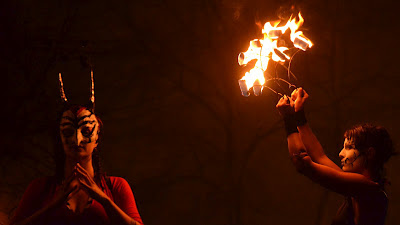 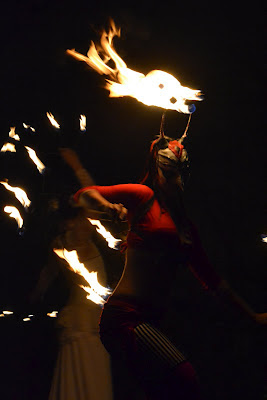 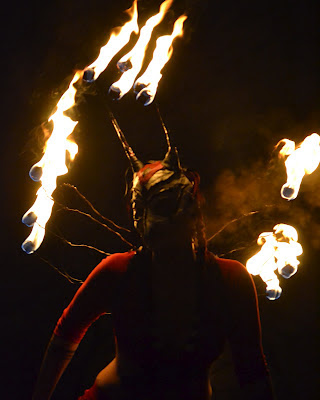