Here's a little summery mix of NC-based music I put together for my own personal listening pleasure on an upcoming weekend out on the OBX. But thanks to the wonders of modern technology, you can enjoy it too! Don't be fooled by the start of the first cut (from Trevor Old Brown courtesy Wilmington's MixGrotto collective). It begins rather slowly, but soon builds to a reverb-laden, Walker Brothers-style, blue-eyed smoulder of soul. Which, to me, is very beachy. We also have the obvious summeriness (is that a word? no? tough) of coastal natives Free Clinic (Wilmington) and Zack Mexico (Kill Devil Hills) as anchors, two bands that simply need to be included on such a comp. Twice each. These bands bracket the poppy punkiness of Naked Naps and See Gulls near the beginning and end. The soaring indie edges of Wichita Falls, Love Language, North Elementary, and Lilac Shadows transition in and out of a middle which features a detour into the more electronic: T0W3RS, Wild Fur, Future Islands, and Slyvan Esso.

It's amazing to me that all this great music came out of this state. I hope it all works together. Anyway, it's all beachy to me... mainly 'cuz it's what I'm going to be spending breezy nights on an island harborfront listening to in a few days. If you like any of these tunes, please go to the respective band pages, and do your part to support local/regional music by buying them. Instead of just sponging free tunes via Spotify or my low-tech version, ya big... uh... sponge? BTW, I still count Future Islands as local by virtue of their Greenville roots. Go Pirates, Arrgghhhh! And I think Brown has settled in my own NOLA (go Jean Lafitte, Arrgghhhh!). Now I gotta go say hi to Blackbeard's ghost. 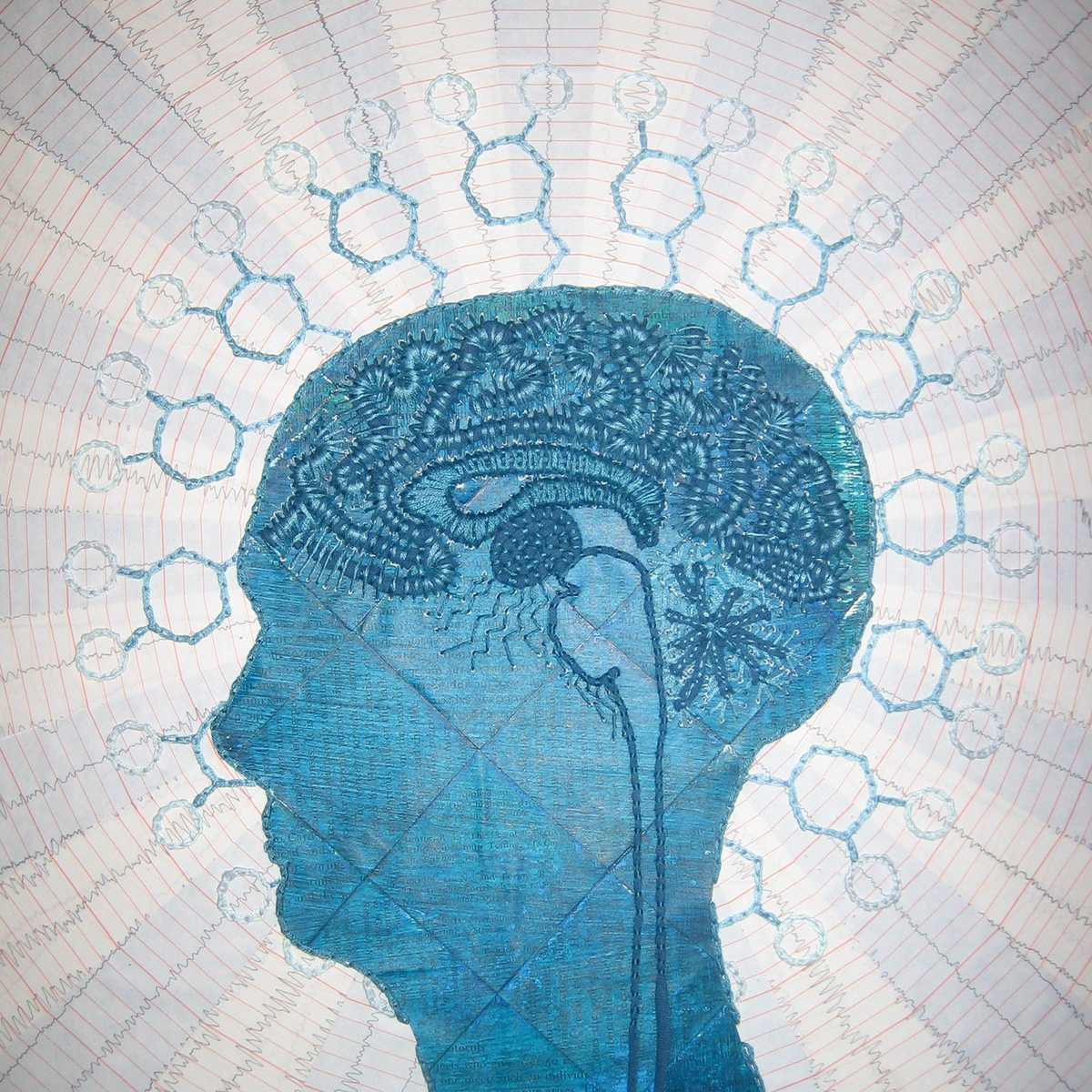 I’ve been trying to get up to speed on Chapel Hill’s Wichita Falls lately.  I already had a couple of EPs released last year (…and the Bad Blood, …and the Tiny Strings), but hadn’t listened to them much until recently, or seen them play.  Then they released …and the Dark Vibrations a few weeks ago.  Maybe it’s the titles, maybe the timing, but I view them as a sort of package release (though I think there was even another one in between, prolific is this band, apparently).  But little gems like Illiteracy and All My Dreams from the two EPs began to pop up as my iPod shuffled through its paces, and I started to think that maybe I really need to check these guys out.

“These guys” are primarily Will Clinton, with a revolving cast sometimes including members of Some Army, North Elementary, and Rogue Band of Youth (a band who’s recent LP Clinton engineered).  Those bands give you a hint of Wichita Falls’ general habitat… they haunt those badlands between indie rock and Americana.  But this band also has a garage-y and warped-Beatles feel to it, a poppiness that perhaps makes them step-brothers with locals like GHOSTTE BLLONDE or Lollipops (RIP L).  That sound makes a nice contrast with a sometimes very darkly humorous edge.  In short, they wander those badlands with a certain je ne sais what the fuck.

The first two songs set the tone, musically and lyrically, for Dark Vibrations.  Straight Down kicks off with a heavy/slow organ wafting over the pragmatic message of “some find flowers, some find a storm / it’s really just a matter of what your eyes are looking for.”  Then the freewheeling Lose It crashes in, simultaneously expressing resignation and defiance, pledging “I’m gonna lose it one more time before I let you save me.”  Besides the lyrical and melodic hooks, the driving rhythm and crunching and sliding guitars make this song a real pop gem.

The bulk of the rest of the album isn’t as upbeat, but is no less compelling.  The hard-driving It Was Me is simply – always -- stuck in my head.  I don’t know why; it’s not my typical fare.  It’s somewhat southern rock-y.  It’s heavy.  It’s repetitive.  But there’s something thunderous and epic about it.  The irregular, intentionally mis-timed, vocal crescendos at the end of every line just set you on edge (in a good way).  Then that’s followed by the last upbeat pop-rocker of the LP, the optimistic-sounding Out for Love.  It’s a sweet little ditty with twinkling rhythm guitar and a main guitar hook that almost sounds like a sax (in that 70s Gerry Rafferty way), due to some creative mixing.  Well, as sweet as a song can be that opens with “Take some time, bury her in a snowy town / live your life out for love.  Take some time, bury her in a snowy town / love your life on the run.”  Dreams Out Different continues with a 70’s pop-jazzy feel.  It’s the kind of song you can sink into on the back porch on a summer’s night.

The production here has what I always like:  a deceptively simple surface with lots going on under it, barely audible echoes and layers.  Clever, sardonic lyrics abound:  “No consequence as a rule / you know consequence,”  “What I want to know’s what I’m doing here / in a nursing home waiting all alone / from what I thought I’d known / last thing I remember I was only twenty-something years old!”  Okay, those are both from the EP …and the Bad Blood.  But I like them, and like I said, package deal.

The LP winds down into mellower, more country-rock-ish terrain…  how can you not with song titles like Blood on the Dirt?  When Friends and Family starts, I try to suppress what seems to be a deeply buried inner-Deadhead that might be living inside of me (under years of indie/punk/post-everything).   I might be fighting a losing battle.  I don’t know, I’ve always liked twangy.  But like, “X-twangy”, “Dumptruck-twangy”.   Really, Wichita Falls has a bit of those and other country-influenced punk bands in their DNA.  But also a hefty dose of indie and pop.

Wichita Falls seems to be playing around a bit more often lately, so go see ‘em when you get a chance.  The new LP is …and the Dark Vibrations.  But the earlier stuff is pretty darned good too, and you can get it all here.  Below are a few photos of them at the Cave and at OC7 in downtown Raleigh (opening for Atlanta Rhythm Section!)... 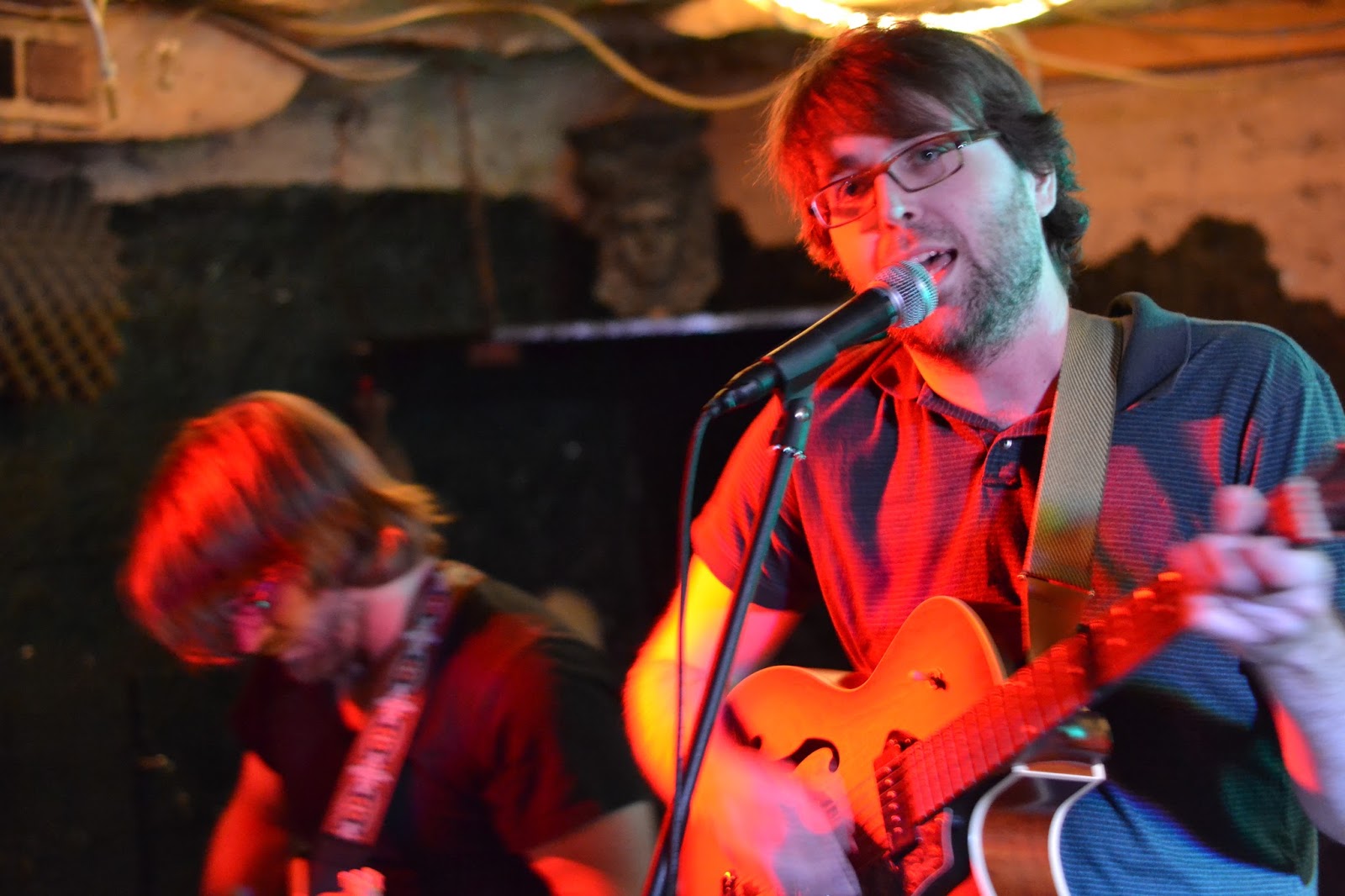 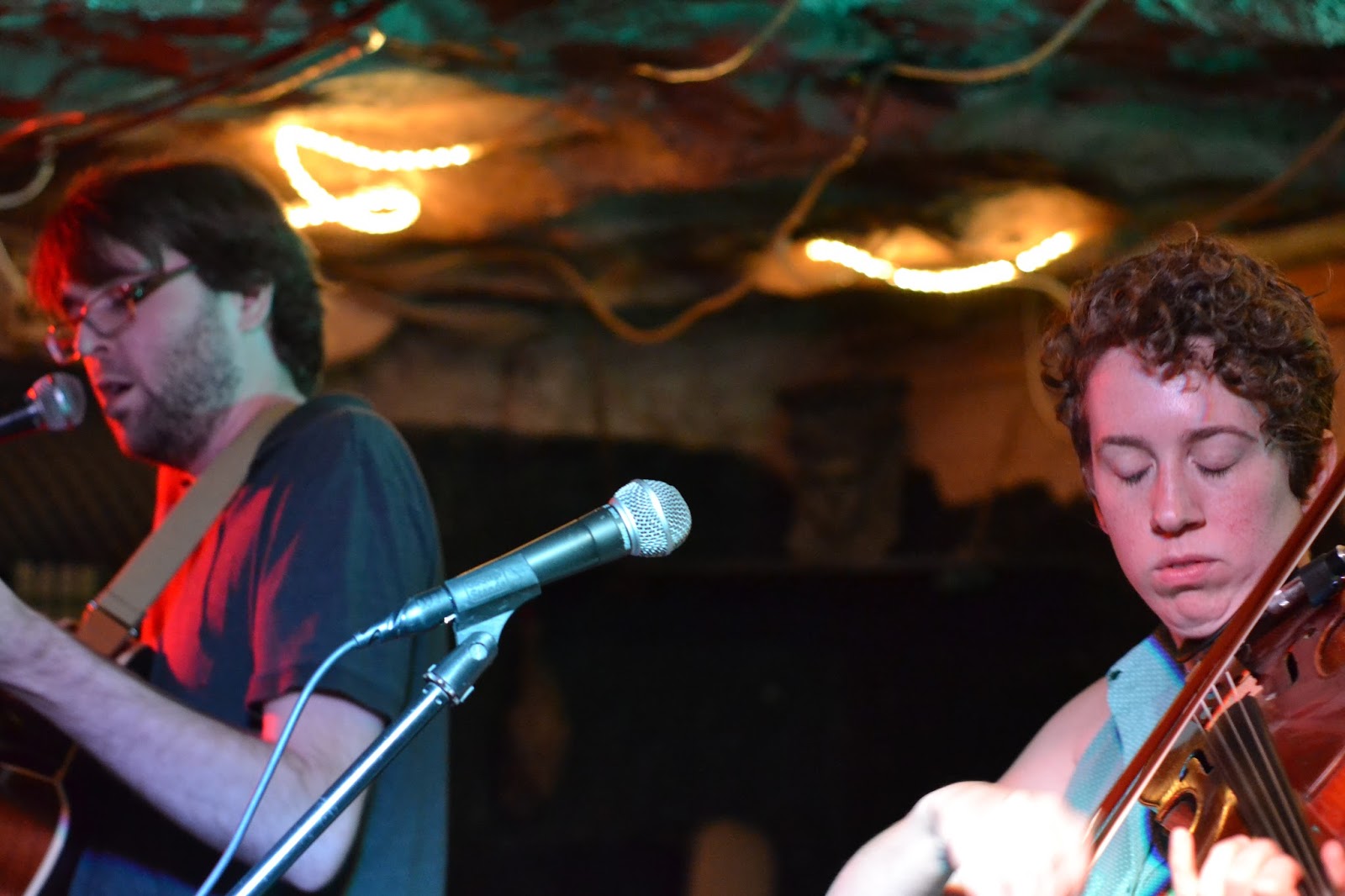 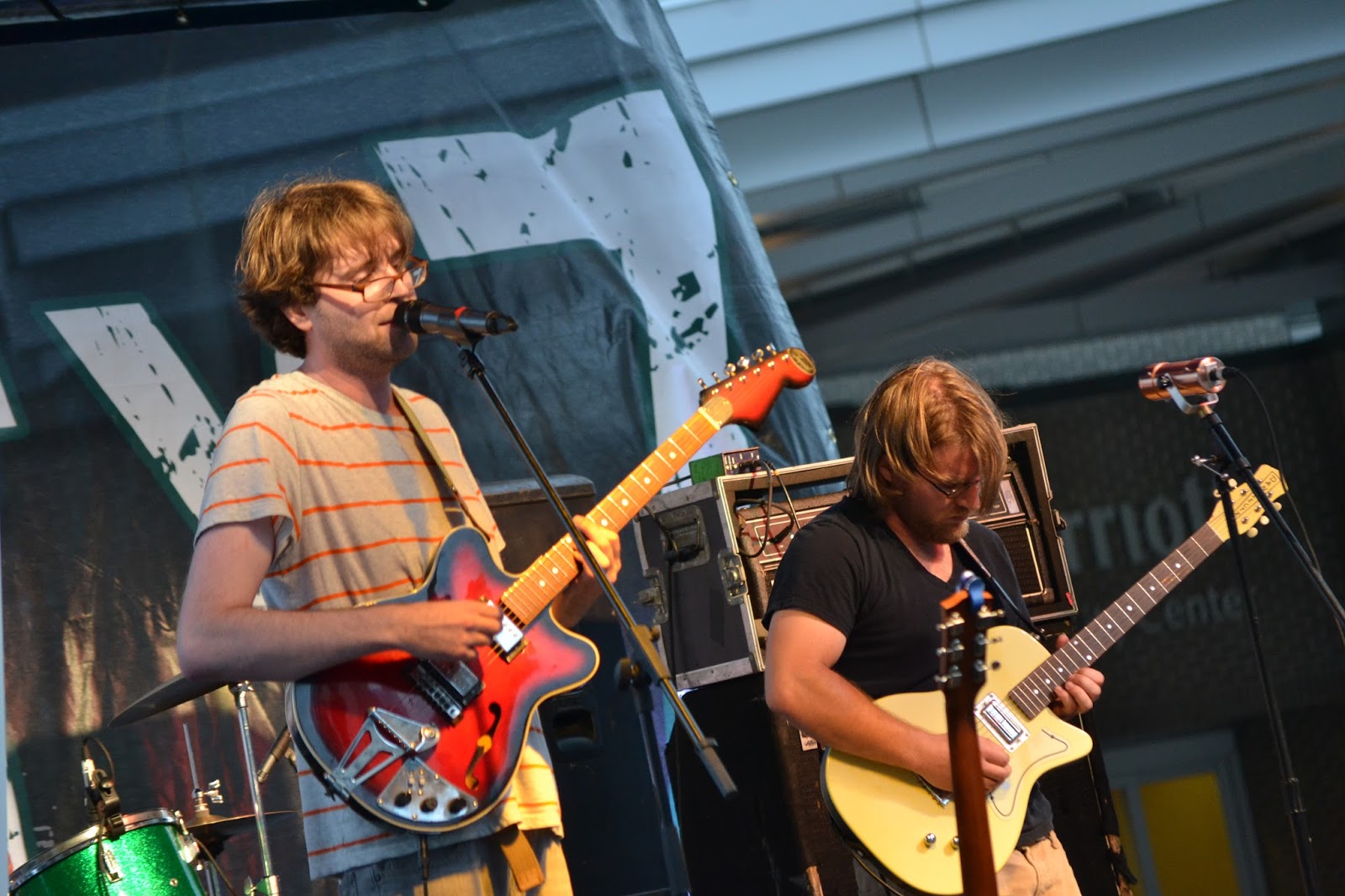 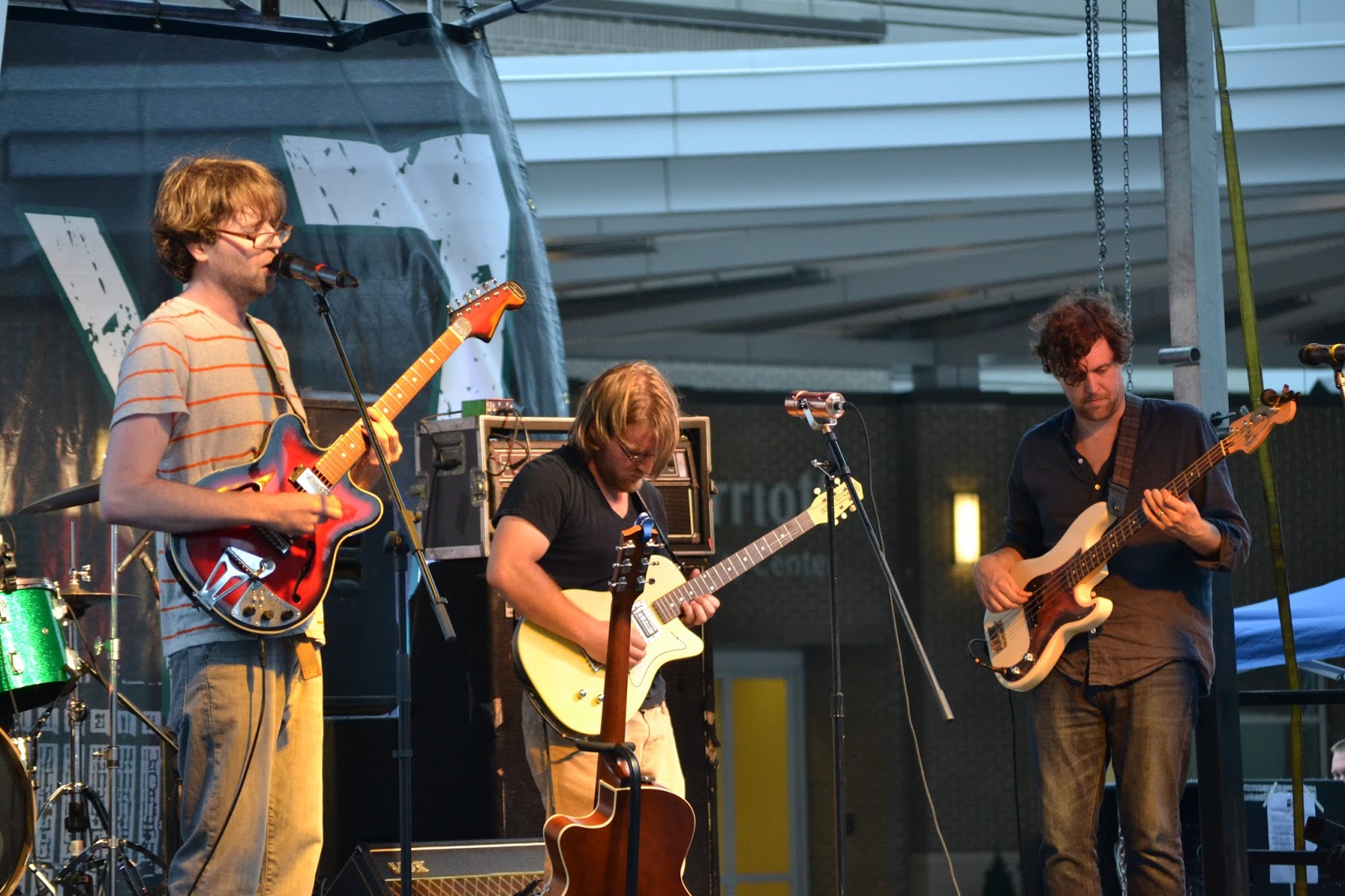