NC State's WKNC held their 10th Double Barrel Benefit (DBBX) last weekend in downtown Raleigh.  The annual fundraiser has featured some of the best & brightest in local talent over the years, including Polvo, Bowerbirds, Annuals, the Mountain Goats, and Future Islands.  This year was no different.

I only attended the first night and the day party and market on Saturday, but that was enough to see some of the best that NC has to offer.  Friday night began at the Pour House with the frenetic & fun pop of Raleigh's Lollipops.  Iggy seems to record so fast I'm already a couple of albums behind on his (maybe?) year-old band. Greensboro's Jenny Besetzt followed with their dream-like guitar buzz.  Oh, but they're frenetic enough in their own right... I think I saw at least 2 drumsticks fly across the stage.  But I also really liked the slow, celtic-tinged number singer John Wollaber broke into in the middle of the set somewhere.  Hadn't heard that one before. 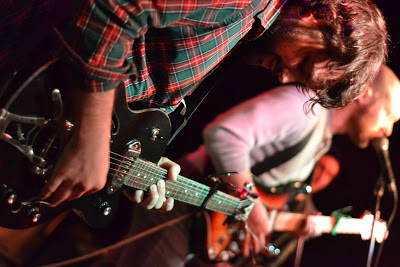 Lilac Shadows followed with what was their first show in several months.  They've returned with a more straight-ahead rock sound.  I still hear the same thread of shoegaze and early Manchester in there, but it sounds more "in your face" than before. 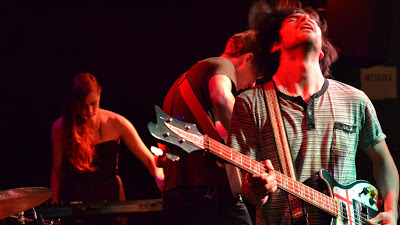 The night closed with the definitely more straight-ahead, rootsy rock of JKutchma and the Five Fifths. The crowd was ready for J, enraptured as he preached about playing his music as a struggling small-time artist, just for the love of it, and then hearing it played on the radio... on WKNC.  Now the crowd could sing along to his music.  And they did.  That's what DBB (and WKNC) is all about. 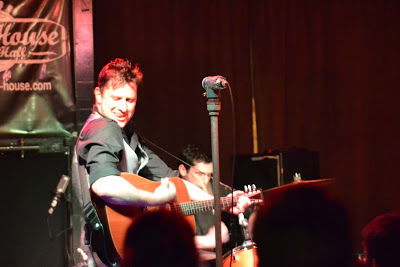 The next day, I stopped by the DBBX Day Party and Market, held at both the Pour House and the neighboring Tir Na Nog.  I really just wanted to take my kids to a show, and to see Organos again (whom I had seen but once, at last years DBB).  But first, I caught Winston-Salem's great Estrangers, who belted out their brand of 60s/California-flavored fuzzpop.  It was a pretty good crowd for an early afternoon show, and the kids loved it! (as did everyone else) 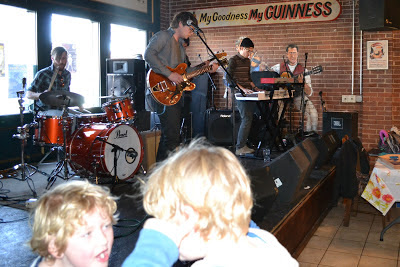 Meanwhile, I want to mention one of the booths I checked out.  Silber Mini-Comics are tiny matchbook-sized comics sold by Silber Records, based here in Raleigh.  I bought a sci-fi/horror series called Worms for my kid.  But we both liked it.  Pleasantly weird.  Weirdly disturbing.  Disturbingly pleasant. 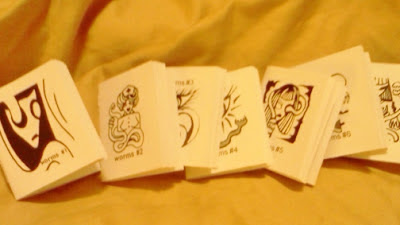 After a break, I went over to Pour House to catch Organos.  They were as good as I remember.  I love that this band is so vocal and rhythm-driven.  Side Girl, from their CD Concha, sounded great live, despite that it's just voices and clapping. 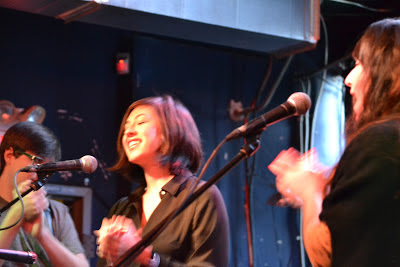 Organos have a way with a minimal, sometimes dark flavor of pop.Here's a video of Organos doing Lazy Lessons.

I'm sure I missed great sets by the other Day Party bands, as well as Saturday night shows by Oulipo, Some Army, Wesley Wolfe, and Spider Bags.  But still, it was a great weekend of music.  Many thanks to WKNC for bringing us this music every day, and for an annual event that, though a fundraiser, consistently stands on its own as a loaded bill that's well worth your bucks.

More photos to be posted soon on the HSIITBAAA Facebook page...
Posted by Brother John on 2/05/2013 No comments: