I sit here shocked by the news of the last few days, two steps from turning this blog into a series of rants and diatribes in response to the ugliness of recent events.  Then I read that Scott Miller died... and I'm reminded.

For those of you unaware, Miller fronted the 1980s power-pop/neo-psychedelic/choose-your-own-adjective (any of them fit) band Game Theory.  He also led the more recent Loud Family.  But for me, it was all about Game Theory, and his double-album masterpeice, Lolita Nation (produced by the great Mitch Easter).  And for the beauty it reminds me of, I shall stay up late on a work night, listen to all 74 minutes, have a beer or two, and pay tribute. 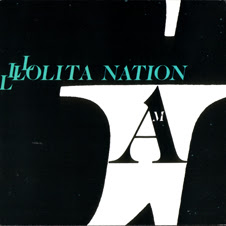 Although there are some very pretty moments, Lolita Nation is not beautiful in the classic sense.  It's a ragged mish-mash of noisebites, half-developed ideas, and self-referencing samples that, somehow -- amazingly -- work as a cohesive unit.  A rather nightmarish, sound-effects-laden, Kenneth, What's the Frequency? segues into the guitar-rocking Not Because You Can before the album drips into alternately synthy and folky dream-sequences and partial songs.  Exactly What We Don't Want to Hear was an acerbic counterpoint to the rising "alternative" movement before the genre was ever coined.  Snippets of half-dreamt songs predating Guided By Voices by years are mixed with an abundance of pop gems like We Love You Carol and Alison, Slip, and Look Away.

Then there's The Waist and the Knees.  Despite Miller's somewhat effeminate lead vocals and penchant for samples and electronics (or maybe because of it), this song had every bit the sledgehammer effect that Bad Brains or fIREHOSE had for me.  Incendiary is perhaps a word I've used too often for songs that torch the ears and soul.  But this is perhaps the first song I used that word to describe.

The closer, Together Now, Very Minor, is a warped beauty of a coda that includes the lyrics:

So back at the beginning, when I said I was reminded... I meant that I was reminded of beauty.  Beauty in the larger, over-arching sense.  I mean art.  I mean science.  A good photograph, a hug, or a tree.  From a DNA molecule to the volcanoes of Io.  A song, a thought, a word.  A more open mind.  A philosophy.  Love.

There is beauty all around us.  It is never more than two steps away.  The universe is a wonderful, amazing place, chock full of the stuff!  My Mom told me that as some of her last words to me (though I already knew it, because she and my Dad raised me well).  Beauty is, simply, in all its forms, the most valuable thing in the universe.  And we only have one lifetime to enjoy and appreciate it.  It is what is worth saving, and passing on to future generations.  It is what improves the world for those to come.

For myself, I have always found great beauty in music.  But you can find it anywhere.  Whether or not this particular artist does the same for you as he did for me isn't what's important.  The point is that the beauty in this world far outweighs the ugliness.  And Scott Miller, in death, reminded me of that tonight.

Today, in honor of Miller, his band's website has made Game Theory's music available for free.  Lolita Nation is there, for the first time ever as MP3s (officially anyway, so far as I know).  I recall him saying once that he'd never release this album electronically while he was alive.  I guess, in the end, he was true to his word.  I've made crappy vinyl-to-MP3 conversions of the album in the past. This is not how I ever wanted to get the clean files.  But since they're there, please download and enjoy, with one caveat:  the album Lolita Nation MUST be listened to in its entirety.

Scott Miller may have left this world too early.  But he left it a more beautiful place than it was when he entered it.  Thanks, Scott, for opening my eyes to a world of music that I hadn't known existed. And for leaving us with the beauty of your music to enjoy forever.

PS:  You can donate to Miller's children's education at the Scott Miller Family Memorial fund.  Just click the link.
Posted by Brother John on 4/18/2013 8 comments: