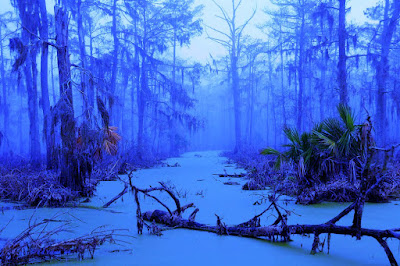 Hurricane Katrina made landfall on the Gulf Coast 11 years ago this morning.  Not a surprise, I suppose, that my subconscious hit me with some strange ones last night.   I slept fitfully, waking every 2 hours or so before drifting on to some morphed version of the same dream.

First was feeling endangered in my own home here in North Carolina, thinking a burglar was downstairs.  Upon poking my head out of my bedroom door to investigate, the power went out, and I woke in that fearful, jarring state that only nightmares can bring you to.

Next, I was in my “new home”, an old apartment in a mysterious, nocturnal version of NOLA’s wonderful Audubon Park.  Just out the window was a beautiful swamp, purplish in the nighttime lighting.  My roommate kept leaving the windows cracked, which left me feeling vulnerable to intruders yet again.  As I worked anxiously to close and lock the old, warped, wooden windows, my subconscious shifted again.

This time, I was on the Gulf Coast, in the little hamlet of Clermont Harbor, Mississippi.  It was a family vacation spot for decades, and was largely wiped off the map after Katrina.  I had bought a beautiful, newly-renovated cottage on a square on the waterfront (there are no squares on the Clermont Harbor waterfront, and any building there would have to be “newly renovated”, to say the least).  I was trying to convince my parents, who were both still with me courtesy the magic of dreams, that I had made a good decision.  It was the nicest little house on the coast, and it was a deal!  I could work on my writing and art!  I could start a sideline eco-tourism business, putting my marine biology degree to good use!  I frantically tried to print photos and documents that my father himself had accumulated, trying to show them what a wonderful place it was. 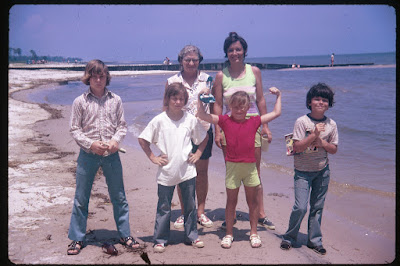 Shift again, to a darker place, as my father was dying.  In reality, my mother died of cancer as a Katrina evacuee in Shreveport, and my father died of Alzheimer’s 10 years later… though he had never really been the same since Katrina and Mom’s passing.  In the dream, he suddenly became weak, and died right in front of me as I was going through the documents.  Then, magically, he “awoke.”  But we knew it was a quirk that sometimes happened after someone would die (in dreams like this), and that he only had a few more minutes to be with us.  He was now more simple-minded, not very communicative, similar to how he eventually became in the real world.  But he tried to communicate to us what was important:  the memories of people and places.  We spent this time, as in the previous incarnation of this dream world, going through old photos.  But this time, it was to assure him that we would preserve the memories.  We comforted him as he was dying (a second time in the dream), setting his mind at ease  that we would hold close and not forget what was important to him.  In this way, his spirit would continue on. 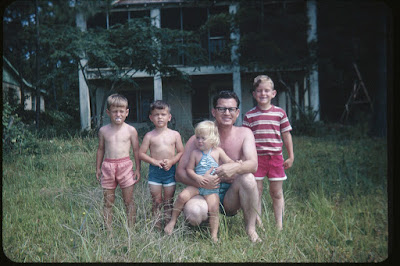 Not happy dreams, but not altogether sad either.  Dreams of memories, filtered through a surge of water and emotion.  Appropriate, I suppose.

De∙cen∙cy /ˈdēsənsē/ (noun): behavior that conforms to accepted standards of morality or respectability.

Supporters of Donald Trump tout his candidacy as a fight against what they see as political correctness run amok.  "It's a relief to finally have someone say what they want to say," someone who "tells it like it is!"

Yes, it's true that political correctness sometimes goes overboard, and that people making statements insensitive to some are often derided in ways vastly disproportionate to actual intent or harm.  It is also true that those on the conservative end of the political spectrum have born much of the brunt of such criticism, and that it is not always fair criticism.  Sometimes, there is no "there" there.

But people have always been able and are still able to "say what they want to say."  Political correctness simply means that now, when they say things that (yes, in the subjective view of some) express overt prejudices—things that are simply indecent—they are more likely to get called to the mat for it.

The feud between Trump and Gold Star parents Khizr and Ghazala Khan reveals this in stark terms.

In this case, there is definitely a "there" there.  There has, in fact, been a non-stop parade of "theres," beginning the day Trump kicked off his campaign by fearmongering about Mexican rapists and drug dealers.